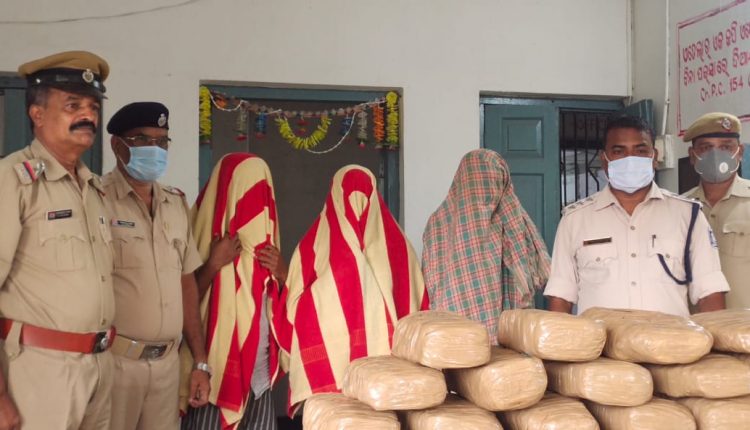 Kalahandi: Police seized over 45 kg of ganja from a vehicle and arrested three persons in this connection at Koksara in Kalahandi district late on Saturday.

According to sources, a patrolling police team intercepted the vehicle near Temra square and seized the narcotics and the vehicle. The driver, however, managed to escape.

The accused told police they were smuggling the ganja from Koraput to Koksara.

Stage Set For Merger Of Khallikote & Berhampur Universities In Odisha