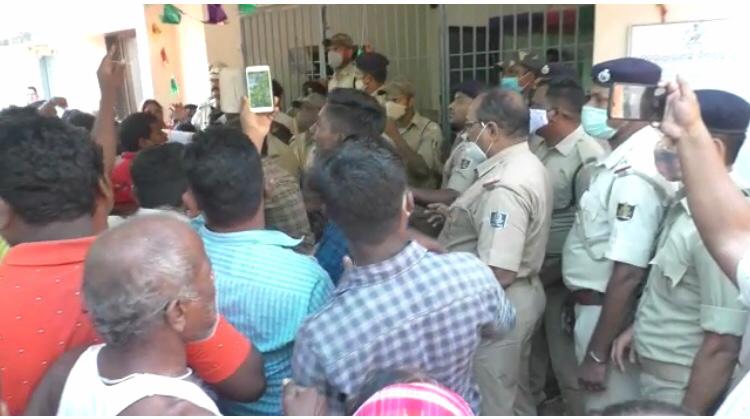 Cuttack: Four persons, including three cops, were injured in a violent clash between police and BJP workers at Narasinghpur police station in Odisha’s Cuttack district on Friday.

According to sources, police had detained three BJP workers – Manoj Nayak, Ranjan Samantray, and Lipaya Baliarsingh – of Ratapata village under Badamba police limits on Thursday night in connection with a face-off between BJD and BJP workers on Narasinghpur court premises on October 5.

Police claimed that they were picked up in connection with the kidnapping and assault case registered this year.

The BJP workers, however, protested and gheraoed the police station alleging that the detention was unreasonable since the matter was resolved through an affidavit in court. They further alleged that local police were targeting the party activists at the behest of BJD MLA Debi Prasad Mishra.

To control the situation, police resorted to lathi-charge, leading to a scuffle.

A cop, identified as Reena Mahalik, was critically injured in the incident and shifted to the SCB Medical College and Hospital in Cuttack, the sources added.