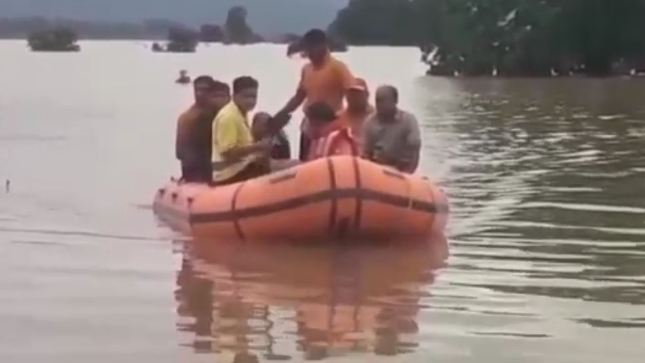 Boudh: Three engineers were rescued by fire service personnel on Monday after they got trapped in the flood water of Mahanadi River in Odisha’s Boudh district.

The three engineers, deployed for the construction of a project, were present in their site camp near Tirad village under Harabhanga block when flood water of Mahanadi river engulfed the area, reports said.

As heavy downpour lashed the area on Sunday night and the water level in the river rose steadily, the engineers were unable to return to their homes.

After getting the information, fire service personnel from Charichhak rushed to the site and launched a rescue operation. However, due to heavy rain and darkness, the rescue operation was suspended, sources said.

As the intensity of rain subsided on Monday morning, the fire service team resumed the operation and rescued the three engineers, they added.