Three Girls Found Hanging From Tree In Odisha’s Umerkote Were Minors Or Adults? 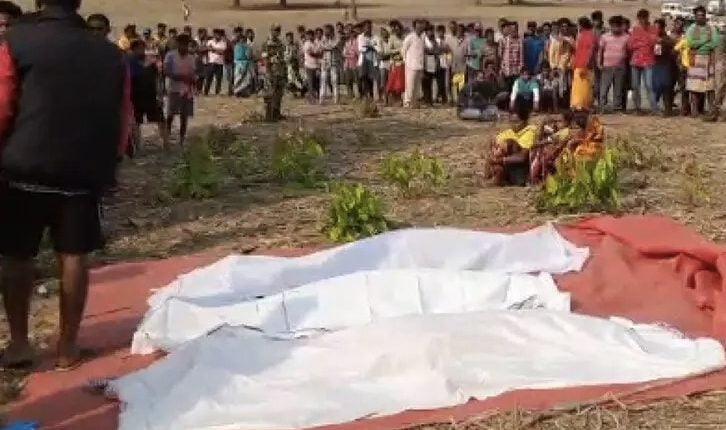 Bhubaneswar: The three girls, who were found hanging from a tree near Tohra village under Umerkote block of Odisha’s Nabarangpur district on Saturday evening, were adults, Tehsildar Jagat Jiban Choudhury informed on Sunday.

In this suspected suicide case, two of the girls were earlier reported as minors. While Hemalata Gouda was aged 21, Koushalya Majhi and Phulamati Majhi were said to be 16 and 15 years old.

The Tehsildar, however, told the media that all of them were above 18 years of age and so, cannot be called minors.

According to sources, villagers had seen them together in the evening and they were later spotted walking towards the nearby forest. Family members started a frantic search when the girls did not return home by 9 pm. Some locals spotted them hanging from the tree and informed the families.

Nabarangpur SP, PS Purusottam Das said the case is being investigated from all angles and the exact cause of the death will be ascertained after a postmortem.
Share FacebookTwitterGoogle+ReddItWhatsAppPinterestEmail

Police Find Diamonds During Checking Against Ganja Smuggling In Chhattisgarh; 2 From…