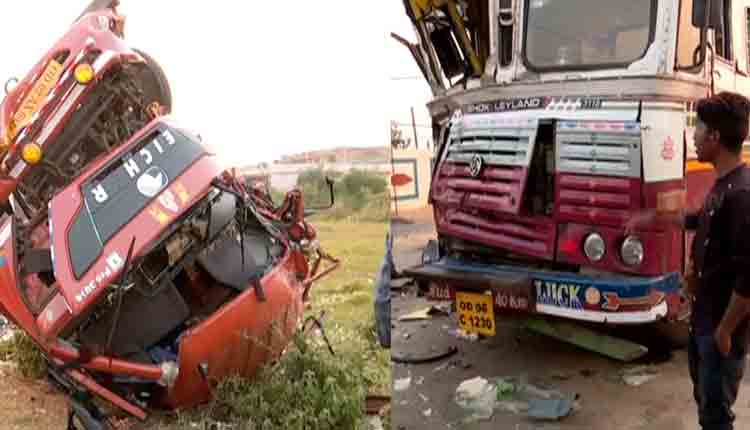 Balangir/Nayagarh: Three persons were killed in separate road accidents in Odisha on Wednesday.

In the first incident, a truck driver was replacing a punctured tyre near a Kalyan Mandap at Sudapada on the Balangir-Sonepur NH-26 when a truck ran him over after colliding with another truck around 3am.

The deceased, Sartaj Singh, was on his way from Punjab to Jharsuguda carrying coal.

The police rescued Sunil Kumar Patra of Kakatpur area in Puri district, whose truck ran over Sartaj, and rushed him to Bhima Bhoi Medical College and Hospital in Balangir in a critical condition.

In another incident, two persons died on the spot when a private bus hit their bike near a filling station at Sariganda under Dasapalla police limits of Nayagarh district in the early morning hours.

Sources said the private bus was going to Phulbani when the driver lost control.

Dasapalla police have detained the bus driver and conductor for interrogation. The bodies of the dead have been sent for post-mortem.

Of the two, one is a native of Boudh district and the other belongs to Jaipatna area in Kalahandi district.

3 Of Family Killed In Road Accident In Odisha’s Boudh

Sulia Jatra Kicks Off With Gory Ritual Of Animal Sacrifice…