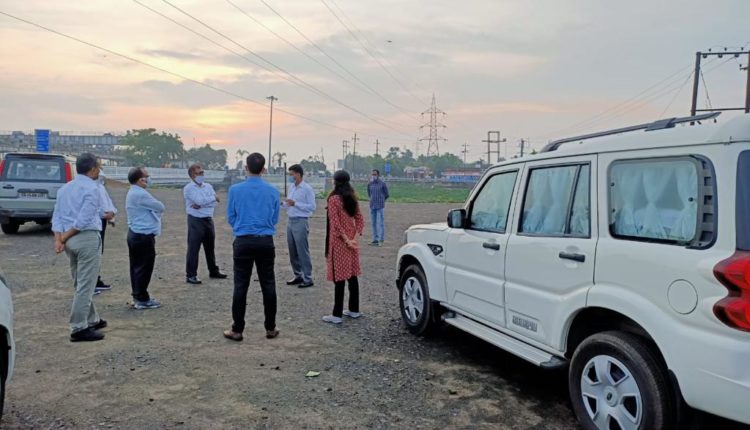 Cuttack: A team of the state government led by 5T secretary VK Pandian on Friday visited the city to review development projects on Taladanda Canal Left and Right embankment road as part of the plan for the up-gradation of SCB Medical College and Hospital.

The team went to the site and decided to widen the roads on both sides of Taladanda canal into three-lane. The road from Jobra to Hind Cinema Chhak on the right embankment and Jobra to Cuttack Sweet Stall on the left will be developed.

According to an official release, both sides have already been widened and 1.5-metre wide footpath created. Five parking areas have been created and plantation is taken up. A small patch of landscaping has been developed and street lights have been installed.

Works and Energy Secretaries, Cuttack RDC and Collector, and officials of the Health department accompanied Pandian.

Chief Minister Naveen Patnaik, during a visit to the city on January 23, had announced the up-gradation of SCB to improve facilities for the health services.

​​For the purpose, improvement of roads on both sides of the Taladanda canal was necessitated for easy access to patients and ambulances coming from different places of the state.

Also Read: RTGS Payment System To Be Available 24×7 From December

RTGS Payment System To Be Available 24×7 From December