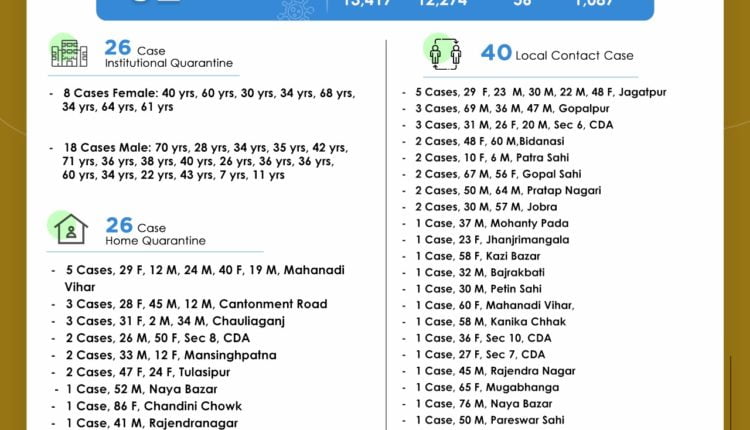 Cuttack: The Millenium City saw 92 more people testing positive for the virus in the last 24 hours, which took the total to 13417 on Saturday.

According to Cuttack Municipal Corporation (CMC), 40 are local contact cases while 26 each have been detected among those in institutional and home quarantine respectively.

The city has witnessed a drop in new infections since October 5 when the number fell below 100 after the spike of several weeks. The following day (October 6) saw 117 new cases, while 87 tested positive on October 7. October 8 and 9 saw 159 and 145 cases respectively.

The city also saw another 273 patients getting cured of the infection since Friday. 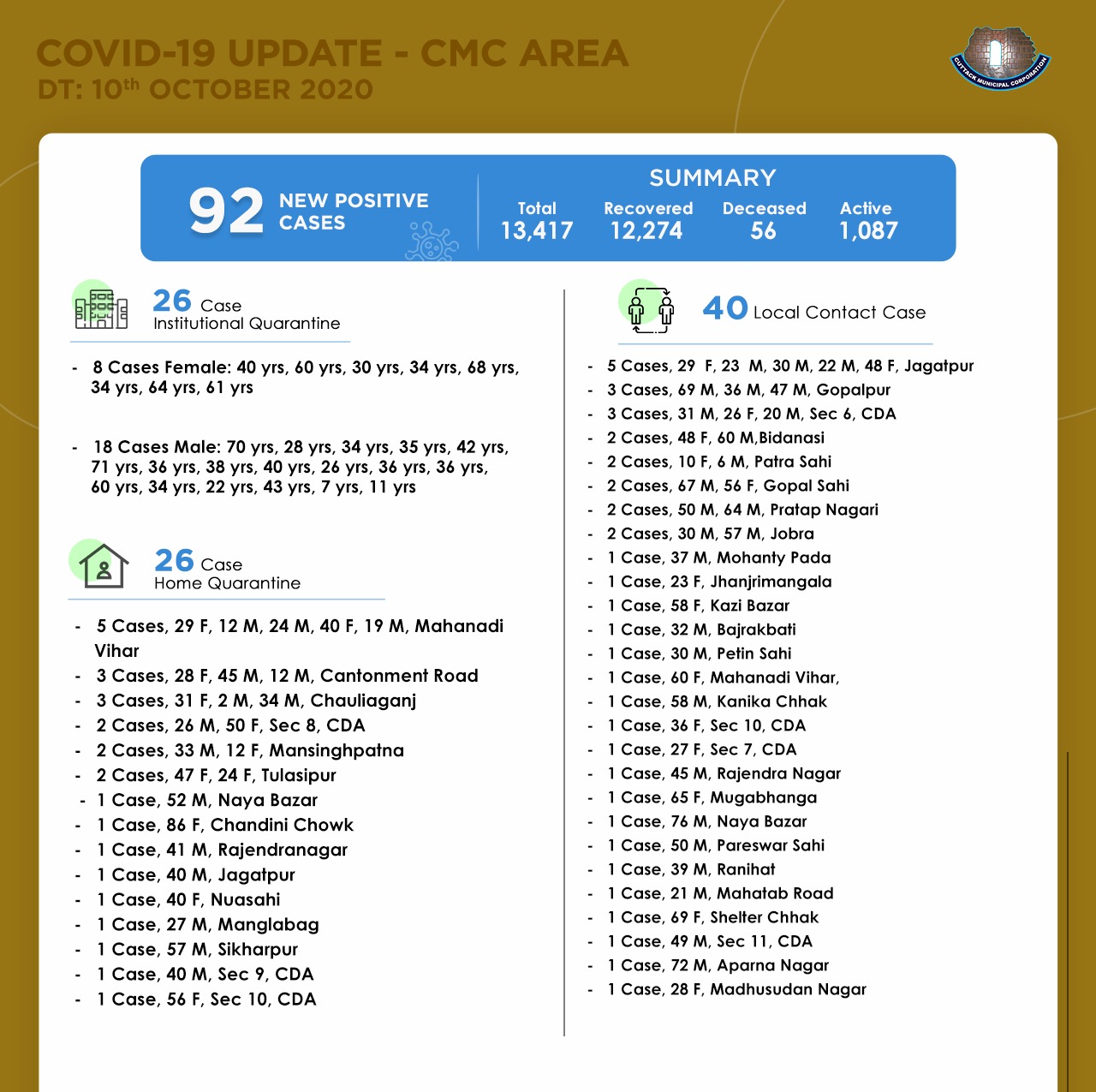