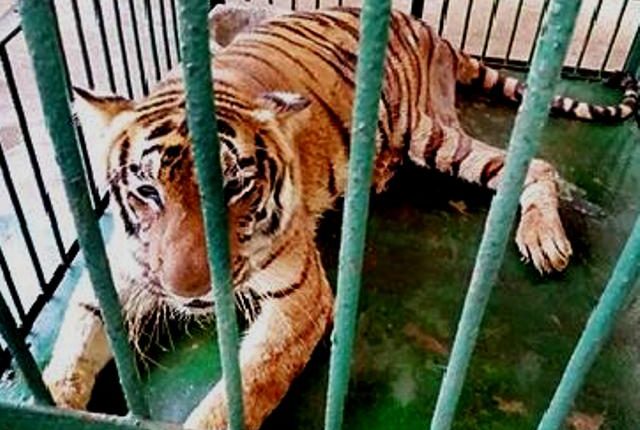 Bhubaneswar: A 13-year-old tigress, Renuka, died at Nandankanan Zoological Park (NZP), on the outskirts of Bhubaneswar, on Wednesday evening.

Sources in the zoo said that the tigress kept in enclosure 18 was suffering from blood protozoan and had stopped eating for about a month. Unable to move due to the disease, she had developed several blisters on her body.

She was kept at the ICU of the veterinary unit of the zoo under the supervision of a team of experts led by Dr Indramani Nath, Head of the Department of Orthopaedics of the Odisha University of Agriculture Technology (OUAT) and the Wildlife Health Project Coordinator Prof Niranjan Sahu.

The team had sent blood and wound samples of the tigress to the Indian Veterinary Research Institute (IVRI) at Izatnagar in Bareilly of Uttar Pradesh. Despite the efforts of the team, the tigress succumbed to her illness.

With her death, the number of tigers in the zoo has come down to 27.