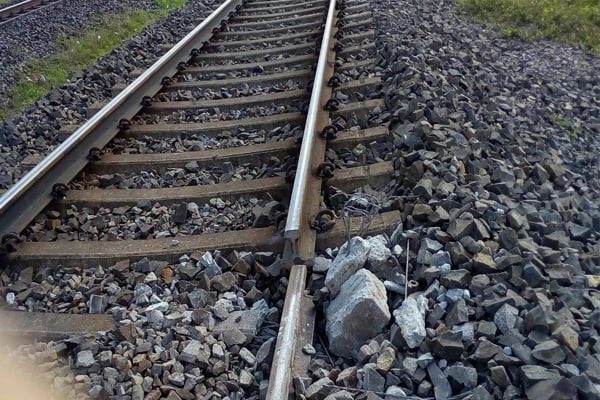 Balasore: It was a close shave for passengers of Kharagpur-Bhubaneswar Fast Passenger train as timely detection of a crack on the tracks near Kesharpur under Bahanaga block in Balasore district, averted a possible mishap.

According to available information, a gap of around 8 inch had developed on Kharagpur-Bhubaneswar Up Line. Technical officials were immediately pressed into service to carry out repair work.

A railway official attributed the crack to a damaged concrete slab under the railway track. “The track was repaired on a war footing and train services resumed thereafter,” the official added.

Four days ago, five wagons of a goods train heading towards Tata from Dhamra got detached from the engine and the train arrived at Khantapada station in Balasore district covering a distance of about 2 km without the wagons.

On April 8, coaches of Ahmedabad-Puri Express too had rolled down without engine from Titlagarh railway station. A possible disaster was averted after alert staff put stones on the track and brought the train to a halt late in the night.

Services Of Howrah-Puri-Howrah Daily Special & 4 Other…