TMC Gets Another Jolt As Sports Minister Resigns From Post 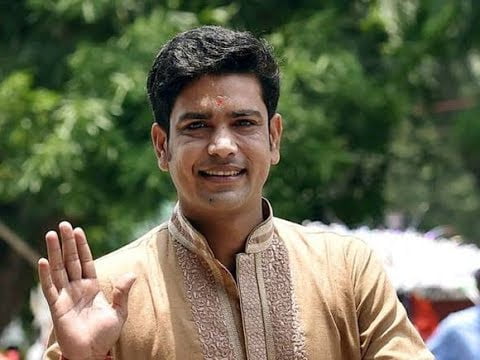 Kolkata: The Trinamool Congress, already dealing with defections from the party, was dealt another blow as Minister for Sports and Youth Affairs Laxmi Ratan Shukla resigned from his post on Tuesday, just months ahead of Assembly elections in state.

The former cricketer, who apart from representing Bengal for many years has played for Team India in three ODIs, has reportedly said in his letter to chief minister Mamata Banerjee that he now wants to devote more time to cricket.

The development comes close on the heels of another minister in the Mamata Cabinet Suvendu Adhikari resigned from his post and later joined the BJP. The political observers keeping a tab on the developments speculate that Laxmi Ratan may also join the saffron camp in due course.

The 39-year-old former all rounder, who has also opened the bowling for India in the ODIs, is a popular face in Howrah district.  It may be worth mentioning that he was recently made the Howrah district president of the TMC in the last party reshuffle. The move had led to murmurs of discontent within the local TMC unit at the time. LRS also resigned from the post on the day.

The TMC is also grappling with discontent in the local Howrah unit as another minister, Rajib Banerjee, and MLA of Bally constituency and daughter of Jagmohan Dalmia, Baishali Dalmia, have already spoken out against the internal workings of the party. Sources said party leaders are in talks with the disgruntled leaders.

Former India batsman and a key member of Bengal cricket team, Manoj Tiwary, who is now in bio-bubble preparing for Sayed Mustaq Ali T20 tournament, feels his former cricket mate has been taking regular interest in cricket. “He was at the CAB as the Bengal team was preparing for the T20 tournament. We exchanged pleasantries as these days we do not get enough time to meet,” said Manoj.

When asked if the decision will help Bengal cricket, Manoj said, “He has played for so many years. My wishes are with him if he wants to come back to cricket. But he will have to see in what capacity he can contribute. His knowledge of the game will certainly help us and guide us.”

Former Bengal captain and Team India selector Sambaran Banerjee, who has seen LRS develop as a cricketer, feels it is a personal decision of the minister and it will benefit the sports, if he contributes to cricket. “He can contribute a lot. He has played for Bengal for many years and also for the country. There is also the IPL experience with him. I will speak to him in a couple of day on his decision,” said Banerjee.