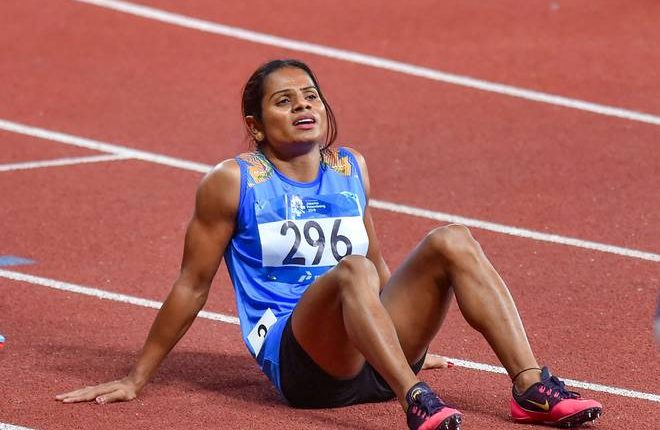 Tokyo: Odisha sprinter Dutee Chand had a forgettable day as she failed to advance to the semi-finals after finishing with the wooden spoon (seventh) in heat 4 of the women’s 200m event at the Tokyo Olympics on Monday.

Dutee took 23.85 seconds to register her season’s best show. According to rules, the first three athletes in each heat and the next three fastest runners of all heats move to the semi-finals.

The semi-finals will be held on Monday itself while the final is scheduled for Tuesday.

Earlier, the Odisha sprinter failed to qualify for the 100 metres semi-finals on July 31 after being pushed to seventh place clocking 11.54 seconds in heat 5.