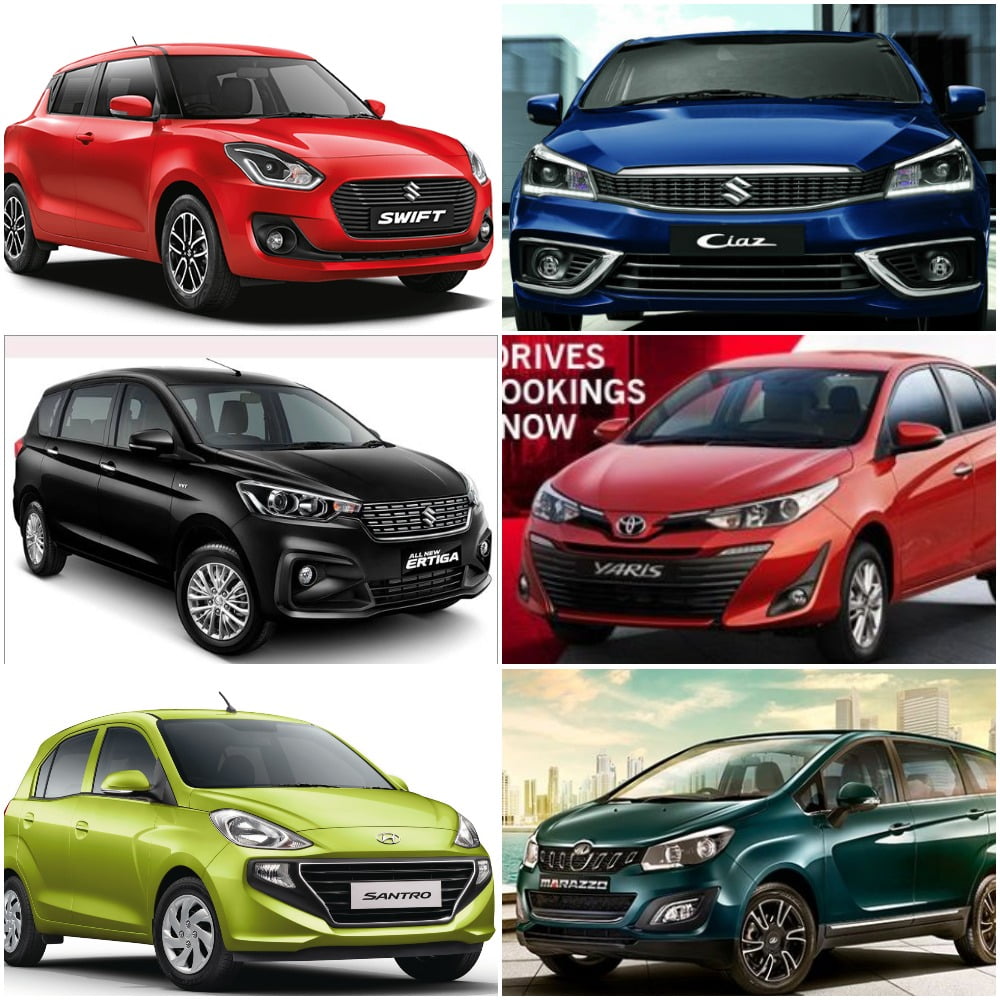 Bhubaneswar: Hot hatches, MPVs, sedans – 2018 has seen it all. The market saw a tilt towards petrol cars as the gap between diesel and petrol narrowed. The increased awareness and impending safety regulations had manufacturers include airbags and other safety features standard on their base variants too. Also, technology became a big selling point for cars and hence it was common to see bigger touchscreens, sunroofs, push-button starts, navigation and other gadgetry becoming part of most new cars. Here we compile the most important launches of the year:

The new Swift, with 22k units dispatched, was the highest selling car in November. The car received a mechanical makeover as well with a new platform and like other modern Marutis, has better equipment such as Apply CarPlay, Android Auto, LED DRLs, projector lamps, dual airbags, ABS with EDB. The Swift also received an AMT unit for the 1st time. It retains the same 1.3-litre diesel and 1.2-litre petrol engines.

2018 also marked the re-entry of the Santro. The car shares almost nothing with the original car other than the iconic name. The new Santro has modern features such as Apple CarPlay, Android Auto, rear AC vents and driver side airbag. It is powered by a 1.1-litre 69bhp engine. It comes with AMT and CNG variants as well. Hyundai sold 9k units of the Santro in November.

Maruti’s rival for the Honda City got a facelift this year. It now comes with revised styling on both interiors and exteriors such LED DRLs and wooden inserts in the dash. It now has modern age features such as colour MID display, Apple CarPlay, Android Auto, ‘Suzuki Connect’ telematics system. The car now has an all-new 103 bhp 1.5-litre petrol engine with smart mild-hybrid system. The same 1.3-litre diesel engine is retained. The car also got a 4-speed automatic transmission for the petrol variant.

Figo based crossover is one of the unique launches this year. Unique because it has been smartly priced lower than the Figo hatchback. Ford has loaded the Freestyle with features such as a dash-top touchscreen infotainment system with Apple CarPlay, Android Auto, Ford’s SYNC3, reverse parking sensors, dual airbags and ABS as standard. Like other Fords, the top end got 6 airbags. Powering the Freestyle is an all-new 94 bhp 1.2-litre petrol engine and the tried and tested 1.5-litre 99 bhp diesel motor.

One of Honda’s best seller, the Amaze received a full update in terms of styling. The car follows Honda’s new design language and has completely restyled interiors as well. The same engines are retained, though the Amaze now gets a 7-speed CVT automatic transmission even on the diesel variant. The Amaze is clocking around 5k units a month in sales.

Mahindra’s latest is a MPV whose design is inspired by a shark. Mahindra has aimed to fill the gap between the Maruti Ertiga and the segment best-seller Toyota Innova. Mahindra has loaded the Marazzo with modern features such as a 7-inch touchscreen infotainment system with Apple CarPlay and Android Auto, roof-mounted air-con system, cruise control, automatic climate control, dual airbags, ABS with EBD, disc brakes all around and ISOFIX mounts as well as over-speed warning system. The Marazzo is powered by a new 1.5-litre four-cylinder diesel engine that produces 121 bhp power and 300 Nm torque.

Tata is back to number 3 in the sales chart with its immensely successful Nexon, Tiago and Tigor to some end. Tata unvieled a performance edition of the Tiago that produces 112 bhp and 150 Nm of peak torque from the same 1.2 litre engine. It is designed to look the part with an aggressive front bumper, dual chamber projector headlamps with chrome rings. a hood vent, 15-inch diamond cut dual tone alloy wheels, roof spoiler, and wider tyres. The cabin is blacked with red accents.

Maruti’s popular Ertiga has now bulked up and competes with the bigger boys such as Renault Lodgy and Mahindra Marazzo. It is both longer and wider than the older model. The Ertiga gets the new 1.5-litre petrol engine that does duty on the new Ciaz as well. The diesel engine remains the same 1.3-litre Multijet.

Toyota finally entered the much-awaited Honda City segment with the Yaris. The car was launched as a petrol-only version and loaded with features such as 7 airbags and roof mounted AC. Despite that, the car has failed to sell well, having sold just 600 units in November.

Note: All sale figures have been taken from Team-Bhp/SIAM.

Odisha Fashion Designers Take Their Pick From Best Of 2018 Collections