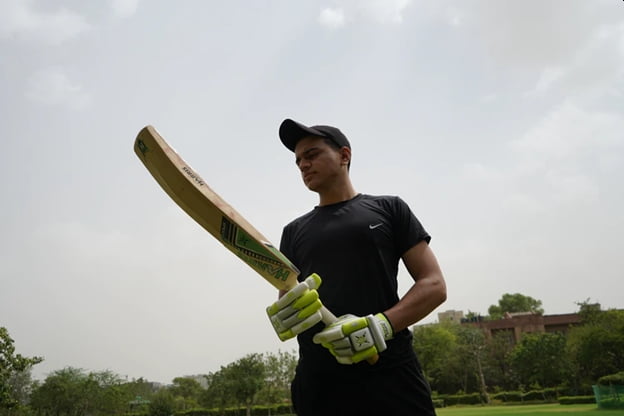 If you asked anyone to name the sport that is synonymous with India, there is no doubt that cricket would be the loud, resounding answer. This simple bat and ball sport invented in England some centuries ago commands a fan following in India that is almost cult-like.

To Indians, cricket is not just a sport but a religion in itself. And if cricket is a religion, cricketers are regarded as nothing less than idols by their fans. These cricketers have the power to bring the entire country to a standstill with their performance on the pitch. They impress spectators with their style of play and make the nation proud at various international tournaments, bringing home trophies and glory.

Indians enjoy playing cricket just as much as they enjoy watching it. ‘Gully cricket,’ otherwise known as backyard cricket or street cricket, has developed into its style of play due to the versatility and ease of playing the sport even in small spaces, especially in the narrow and congested bylanes of Indian cities.

There are several factors that have contributed to the popularity of cricket in India, in addition to its ease of play. India boasts of a well-developed and robust infrastructure for people to train and practice. This has led to the emergence of several world-class players who have won India numerous accolades over the years.

Other factors that have influenced the growth of the sport include the rise of T20 tournaments such as the Indian Premier League and the fact that India has a robust governing organization that looks after cricket affairs.

One of the most notable byproducts of the cricket craze in India is the rise of fantasy cricket. Fantasy cricket, as its name suggests, belongs to the genre of gaming known as fantasy sports. The concept of fantasy sports originated in the United States, and it is only relatively recently that the genre began to gain popularity in India. With over 100 million playing fantasy cricket today, this genre has taken India by storm.

Playing fantasy cricket is very simple. It is essentially an online, virtual version of cricket played through a mobile app. To get started, one needs to download a pro fantasy cricket app. Once the app has been downloaded and installed, users need to create their own fantasy cricket team and join contests. You need to select an upcoming cricket match, build your own team comprising eleven players, enter a contest and track the performance of the selected players on the day of the actual match. You will earn points on the basis of how these players perform on the actual match day.

In this blog, we give you our top tips on creating the perfect fantasy cricket team.

1.Choose only the best players

While it may be tempting to select your childhood cricketing icons or cricketers who hit stunning sixes at the last World Cup, favouritism with regard to your team in fantasy cricket is likely to bring you less than optimal results. Always select the best players and avoid selecting only the ‘big names’ for your squad. Make your fantasy cricket team such that there is a higher proportion of all-rounders as this will help increase your chances of winning since all-rounders will win you points for both batting and bowling.

2. Know your players and pick your battles

This is a common pitfall among players who are new to fantasy cricket. Try and avoid the temptation to join every tournament and play every match. More so if money is involved. It is highly recommended that you carefully select the games you play in order to keep your financial losses to a minimum. It is very often seen that users who do not have sufficient knowledge about a particular player or their performance history end up selecting them, only to lose the game and money too in the bargain. People tend to invest all their money in the expectation of making a big win, but even the smallest misjudgement can be dangerous in fantasy cricket.

Fantasy cricket is a significant exception to the adage “form is temporary, class is permanent.” One of the key aspects of playing fantasy cricket is keeping oneself updated and informed on how players have been performing in recent matches rather than picking them based on their career records or popular image. The points you earn are directly dependent on how your selected players perform on the actual match day, so their form defines how they are likely to play.

4. Select players based on weather and pitch conditions

It may not seem that obvious at first, but the weather of the location where a match is being played and the conditions of the pitch are factors that directly affect player performance. For instance, certain players perform well on days with light or no wind, while others put on a spectacular performance even on windy days. Therefore, it is essential to select players based on their relative strengths.

5. Be extra careful while selecting your captain and vice-captain

6. Pick players on the basis of cricket format

So what are you waiting for? Armed with our handy tips on how you can create your perfect fantasy cricket team, you are ready to go into battle! Stay informed, keep yourself updated and make well-considered player selections. But most importantly, have fun!

COVID Spike: OHRC Office In Bhubaneswar Closed Till May 13