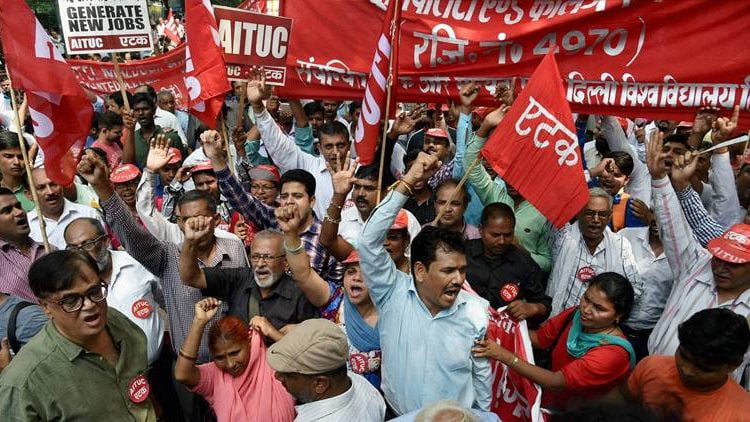 New Delhi: Ten central trade unions and their associates have called for a nationwide strike on November 26 against the policies of the Union government.

The decision was taken during the virtual National Convention of Workers on Friday.

“The Convention calls upon all the working people, whether unionised or not, affiliated or independent, whether from organized sector or unorganized sector, to intensify the united struggle against the anti-people, anti-worker, anti-farmer and anti-national policies of the government and make the call for a countrywide general strike on 26th November 2020 a total success,” it said.

Farmers Seek Trade Unions’ Support For Bharat Bandh On This…