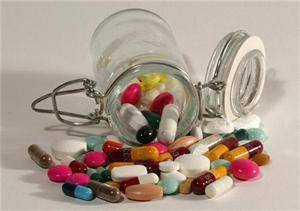 Cuttack: In a bid to prevent fake drugs from entering the market, the Drug Traders’ Association of Odisha has decided not allow its members to buy medicines from outside the state.

According to sources, the medicines that were already purchased from other states and stored for sale will have to be returned.

It has also been decided that whoever buys medicines from any company other than the authorised ones will be debarred from the association.

The decision was taken in a meeting on Saturday chaired by the State Drug Traders Association secretary Prashant Mahapatra after the fake blood pressure medicine row erupted in Cuttack. A notice was also issued in this regard in September.

The medicine stockists will have to produce the license of the dealer in front of the Drug Controller and Drug Inspector if they buy the medicines from outside Odisha.

In another initiative taken earlier to curb the sale of fake tablets, the authorities had stated that a WhatsApp number will be printed outside the shops so that the customers can send a review report about the details of the medicines.

It is pertinent to mention here that two medicine distributors in Cuttack, identified as Sanjay Jalal, owner of Puja Enterprises, and Rahul Syal, proprietor of VR Agencies, were arrested in September after huge quantities of fake Telma-40 and Telma-AM tablets were seized during raids by officials of the state Drug Control Administration in Cuttack and Bhubaneswar.

A laboratory test of the seized drugs confirmed those to be fake. The investigation revealed that these agencies had allegedly procured the fake drugs from Gaya in Bihar and Bengaluru in Karnataka.

Glenmark, the manufacturer of Telma-40 and Telma-AM, has clarified that it did not manufacture the fake drugs seized in Odisha.