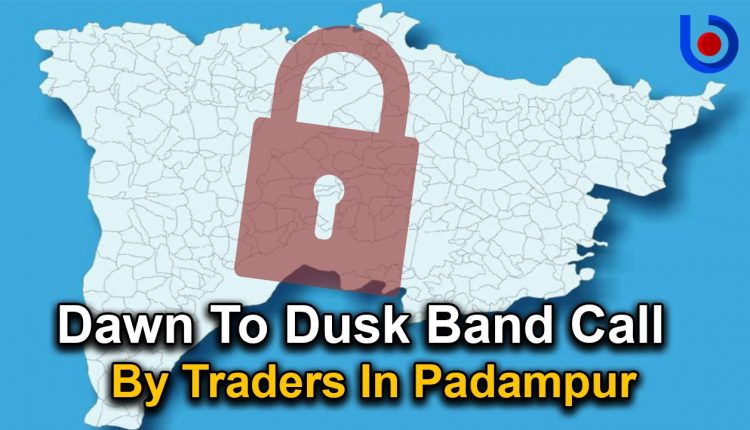 Padampur: Traders on Monday gave a call for a dawn-to-dusk shutdown in bypoll-bound Padampur in Odisha’s Bargarh district on Tuesday to protest raids carried out by state GST officials on business establishments.

The 12-hour bandh call was given by Padampur Traders’ Association after state GST officials carried out searches on some places including a garments shop of local BJP leader and Padmapur Nagar president Sunil Agrawal at Bheunria Chhak.

Terming the raids as a deliberate attempt to harass traders ahead of the December 5 Padampur Assembly by-election, association president Pratap Mishra said all shops and business establishments will remain closed during the bandh.

However, educational institutions and government offices will remain open as these have been kept out of the purview of the shutdown to be observed from 6 am to 6 pm.

The GST raids were carried out hours after the Income Tax department conducted search in 3 local BJD leaders’ premises,

The traders claimed that the raids by state GST officials was aimed to counter the search operations carried out by I-T department earlier in the day to harass businessmen.