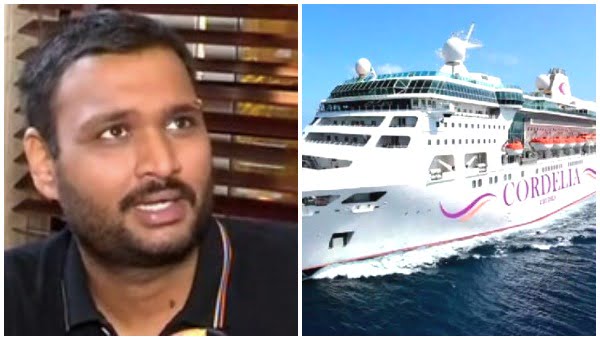 Rourkela/Bhubaneswar: After returning to Rourkela having been granted bail in the drugs-on-cruise case, Manish Rajgaria told the media that they were trapped and framed.

“We had gone to the cruise ship to party after COVID-included shutdown was slowly lifted. There were seven of us and we had booked the tickets online through BookMyShow,” he said.

They got to check into the rooms after two to three hours as those were dirty and the ACs were not working properly. “We had an argument with security Officer Gajanan Patil over this. We had paid about Rs 4 lakh to Rs 5 lakh for the cruise and the facilities were deplorable,” he said.

The cruise then sailed into the Arabian sea. “When the ship returned to Mumbai on Monday, the Narcotics Control Bureau official returned to arrest the party organisers. Zonal director Sameer Wankhede was also present,” Rajgaria said.

He further said that the security officer then handed over a pouch to NCB officials, alleging that it was recovered from Rajgaria and Abhin Sahoo. “He told them that he had seen Abhin consuming charas on the deck. He turned a witness. The agency official also took away our mobile phones,” said this resident of the Civil Township area.

Rajgaria and Sahoo were then taken to the NCB office. “They checked our WhatsApp chats and bank accounts for any interaction or transaction on ganja. The investigation took 6-7 days and then it was confirmed that we had no links with the ganja,” he said.

They were arrested on October 4 for allegedly possessing 2.4 gm of ganja (dry cannabis).

Rajgaria further said that the NCB supported them and they were treated well in custody. “We were not put into a cell and were not treated as culprits,” he said.

They also interacted with Aryan Khan while in NCB custody, he added.

“The ganja was not retrieved from us but was given by the cruise members to the NCB. We could also prove in court that the seizure did not belong to us following which we were granted bail,” he further said.

Rajgaria was able to meet his family finally after almost one month. “It is because of Lord Jagannath’s blessings that we could get out of the trap,” he said, adding that he would initiate legal action against the security officer.

Notably, Rajgaria’s father had earlier told the media that ganja found in a cigarette was for self-consumption and he is not involved in any drug peddling.

Does Being Fully Vaccinated Mean You Cannot Spread COVID At Home?

Yet Another Night In Jail For Aryan Khan; Know Why