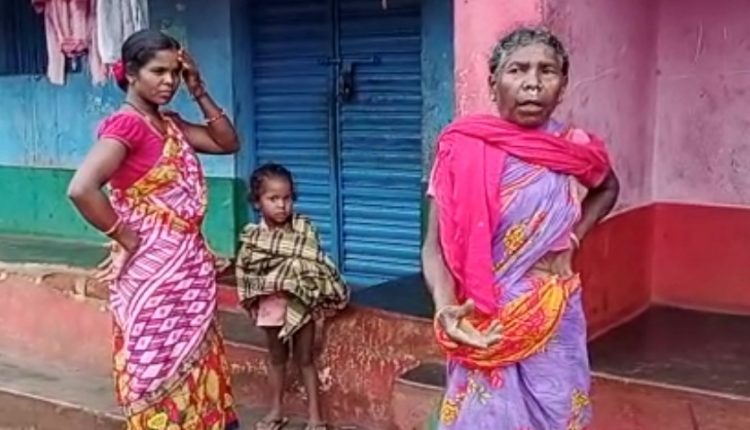 Rayagada: A tribal widow of a remote village in Odisha’s Rayagada district has allegedly been duped of Rs 50,000 by two fraudsters.

According to sources, two unidentified youths went to the house of the widow, Guru Majhi of Kunduput village under Tikiri police station on Frida, when she had gone to nearby forest to collect firewood. They identified themselves as state government officials to her daughter-in-law Nilima Majhi and told her that there were some mistakes in their labour cards.

Claiming that they would correct the mistakes, the youths asked Nilima to get the Aadhaar cards and labour cards. Meanwhile, Guru Majhi came to the house after Nilima sent a villager to inform her about the officials.

After they produced the cards, the two youths took their photographs and also thumb impressions of both Guru and Nilim through finger print scanner.

Later, when Guru went to withdraw money from the bank, she came to know that Rs 50,000 had been debited from her account. Suspecting that the two unknown youths had withdrawn the money, she filed a complaint at Tikiri police station and also with Kasipur BDO.

The police have registered a case and launched an investigation.