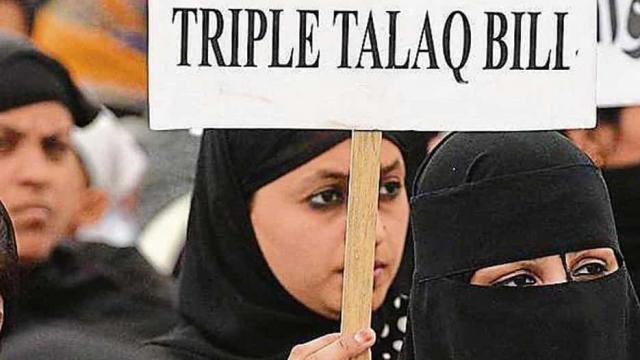 New Delhi: The triple talaq bill will be tabled in Rajya Sabha on Tuesday.

After the successful passage of the Right to Information (Amendment) Bill, 2019, last week, the NDA’s strategy will be tested again on this controversial bill in the Upper House, where it doesn’t have the numerical advantage it enjoys in the Lower House of Parliament.

The Opposition parties had demanded that the bill be sent to a parliamentary committee for scrutiny, but the government seemed to be working behind the scenes to gather support.

At present, the total strength of Rajya Sabha is 240. The bill, which criminalises instant divorce by Muslim men and seeks jail term for the guilty, needs support from 121 members.

The BJP  alone has 78 RS members and with its allies the number goes up to 110. The ruling coalition is banking on the support YSR Congress Party (YSRCP), Telangana Rashtra Samithi (TRS), and the Biju Janata Dal (BJD), who had earlier helped the NDA pass the RTI amendment bill.

The BJD, which has seven MPs in the House, has already indicated that it will support the bill. Party MP Prasanna Acharya had earlier confirmed about the party’s support to the contentious bill while speaking to media.

However, the regional party did not participate in the voting for introduction of the Muslim Women (Protection of Rights on Marriage) Bill 2019 or Triple Talaq Bill in the Lok Sabha on June 21, citing inappropriateness of some clauses in the Bill.

It had suggested some changes in the Bill, especially the criminality clause.

The JD(U), which despite being its allies, is opposing the bill and may stage a walk out. The YSRCP and AIADMK are expected to do the same. This move will bring down the total strength of the House and the halfway mark.

The walkout, along with the BJD support, could help the government in crossing the halfway mark in the Upper House, observers said.