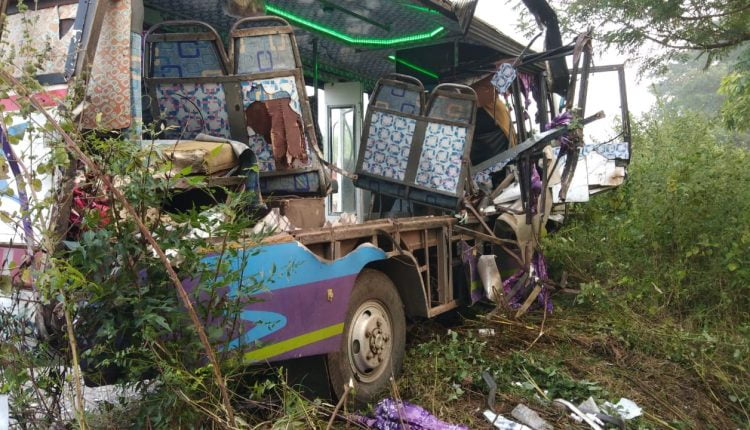 Balugaon: Three persons died and nine were injured after a truck rammed into a bus on National Highway 16 near Belapada Chhak in Balugaon on Saturday.

The deceased have been identified as E Lohidash and Gangadhar Maharana of Venkatraipur village, and Asit Behera of Alipur village, in Ganjam district.

According to sources, the bus was on its way back from Maa Tarini at Ghatagaon with 18 picnickers and the driver on board. Around 3 am, they halted near Belapada Chhak and some passengers went to relieve themselves.

All of a sudden, a truck rammed into the bus parked along the highway, killing two persons on the spot. All injured persons were rushed to Balugaon Community Health Centre (CHC), where one more person succumbed.

Three among the nine who sustained grievous injuries in the accident have been shifted to MKCG Medical College and Hospital in Berhampur, the sources added.