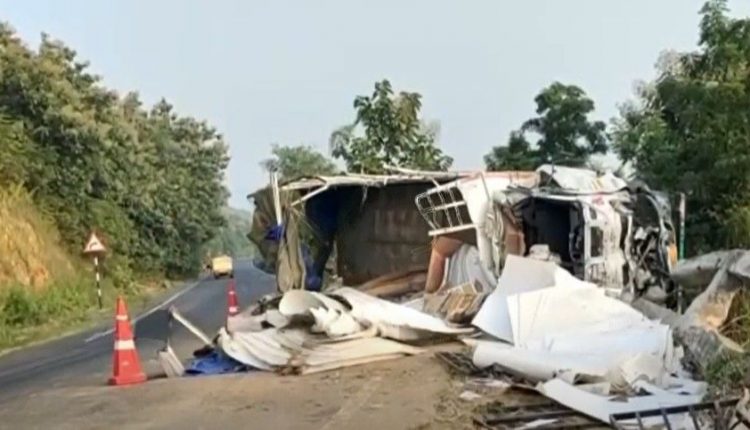 Berhampur: Two youths riding a motorcycle were killed in a road accident near Sana ghat under Khallikote police limits in Odisha’s Ganjam district on Friday.

The deceased persons have been identified as Dilip Pahan and Srikant Sahu.

According to sources, an overspeeding truck overturned after hitting the bike on NH-16. As a result, Pahan and Sahu were killed on the spot while three others, including the truck driver, sustained critical injuries.

On being informed, the local police arrived at the spot and recovered the bodies. The critically injured persons were rushed to Ganjam Community Health Centre (CHC) for immediate treatment.