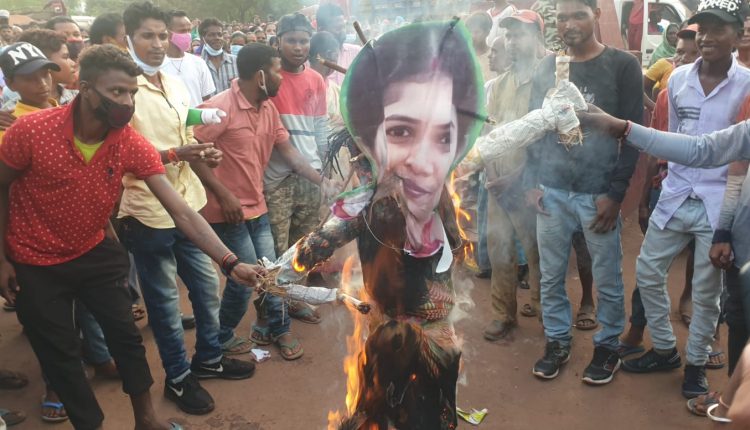 Keonjhar: Hundreds of family members of truck owners and staff including women  on Thursday took out a procession and staged a demonstration in front of Joda police station in the district demanding resignation of Champua MLA Minakshi Mahant.

The agitating truck owners said after the transportation cost of the minerals was reduced from Rs 383 to 320 per trip, they sat on a peaceful dharna before the main gate of Jajang mine in Joda in protest on September 19.

While they were on peaceful dharna to draw the attention of the authorities to their demand for restoring the old transportation cost, some goons at the behest of the MLA forcibly dispersed them and even mercilessly beat some of them, they alleged.

Following the incident, the truck owners had lodged four complaints at Bamebari police station. But no action has been taken on their complaints, they said.

Alleging that Badbil SDPO Himanshu Bhusan Behera was hands in glove with the MLA, the truckers demanded resignation of the legislator and transfer of the police officer.

The truck owners, who burnt an effigy of the MLA at the protest site, threatened to intensify their agitation by paralysing the transportation of the mineral from the district, if action is not initiated against the MLA and SDPO.

When contacted, legislator Mahant refuted the allegation of the truck owners and said it was a conspiracy to defame her.