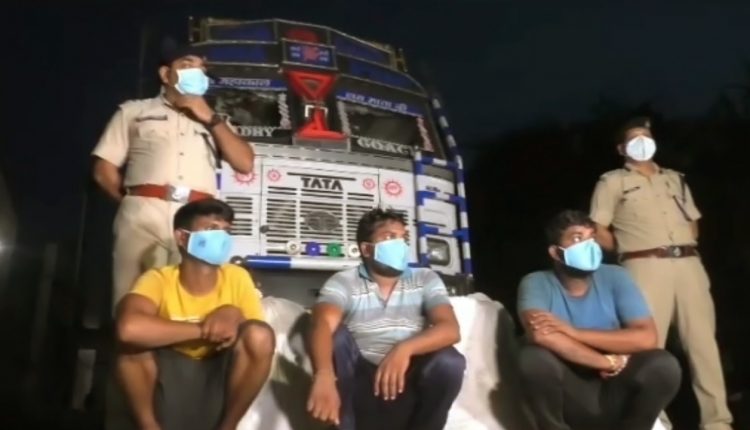 Malkangiri: Orkel police on Monday intercepted a coal-laden truck on Balimela Road and seized marijuana worth Rs 2 crore from the smugglers.

According to Chitrakonda sub-divisional police officer Anshuman Dwivedi, the coal-laden truck from Visakhapatnam was proceeding to Raipur (Chhattisgarh) after collecting 96 bags of ganja weighing 2256 kilograms at Chitrakonda in Malkangiri district.

Orkel police seized the contranband worth Rs 2 crore during a routine interception at a check gate and arrested three persons on charges of smuggling. The three accused carrying the consignment are residents of Uttar Pradesh. Identified as Pawan Kumar Pandey and Krishna Yadav of Pratapgarh and Amarjeet Yadav of Sultanpur district (UP), the three were forwarded to the court.

Another Fraudster Arrested For Siphoning Off Rs 5 Cr Govt Funds