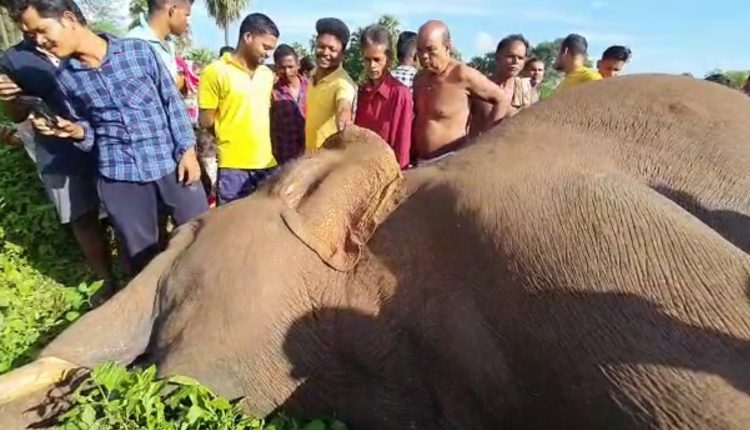 Dhenkanal: In another elephant death in Odisha’s Dhenkanal district, a tusker was found dead near a forest on Friday.

The villagers of Rankia village under Jiral forest section of Bhuban forest range in the district spotted the adult elephant’s body in a crop land close to a forest. The elephant was bleeding in its trunk and electric wires were found scattered on the ground.

On being informed, a team of Forest officials arrived at the village and seized the carcass. They estimated the elephant’s age to be 25-30 years. Considering the injury sustained by the pachyderm and electric wires on the ground, they suspected it may have died of electrocution. They did not rule out the role of the locals to keep the elephants away from damaging their crops.

It may be noted an elephant calf was found dead near a pond on the outskirts of Kankili village under Muktapasi range in Kamakhyanagar of the district in August.

Before this incident, as many as 3 elephants have died after sustaining gunshot wounds in Narasinghpur forest range in Cuttack district in two months.