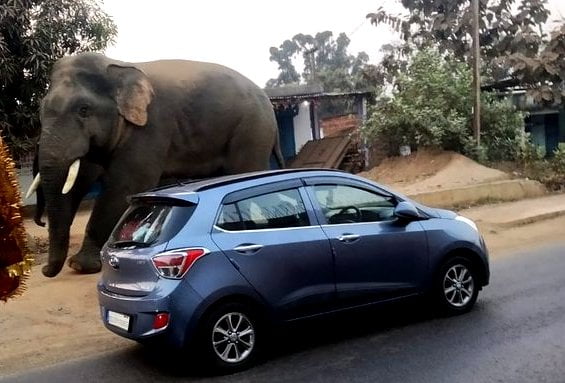 Khurda: Vehicular movement stopped for more than an hour on National Highway-16 on the outskirts of Khurda town on Saturday morning after two elephants suddenly appeared from a nearby forest.

According to reports, some commuters spotted the two elephants near Daleiput amid dense fog. On being informed, Forest officials rushed to the spot and drove the two animals into the reserve forest near Jariput.

Although the two animals roamed on NH-16 for some time, they did not damage any vehicle.

Petrol, Diesel Prices Peak With Fourth Hike In A Week