Twinkle Khanna Refuses To Cast Hubby Akshay In Her Next. Know Why? 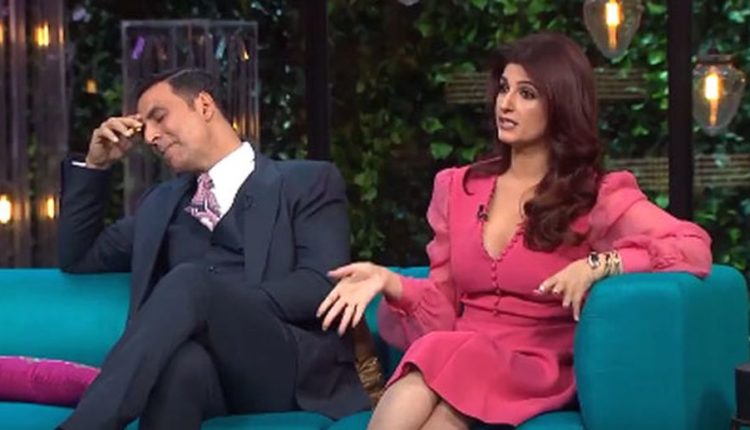 Recently, Twinkle took on husband Akshay Kumar for not tagging her in his recent Twitter post about the insightful movie ‘Pad Man’.

Akshay was the lead actor in ‘Pad Man’ and wife Twinkle Khanna was the producer of the film. While Akki tagged Sonam Kapoor and Radhika Apte in his tweet, he forgot to tag wife Twinkle in his post.

To this, Twinkle wittily reacted that she will not be casting Akshay in her next production.

It’s been 2 years to #PadMan and I’m glad we managed to push the envelope a little on this taboo subject. This #MenstrualHygieneDay, I hope we move a step closer towards ending period poverty and breaking taboos surrounding menstruation. @sonamakapoor @radhika_apte pic.twitter.com/NinRxcm3Cm

Following this, here’s what Twinkle tweeted:

Err…. You are definitely not part of my next production! #PadMan https://t.co/wqP9q2nA7D

Directed and written by R. Balki, ‘Pad Man’ features Akshay Kumar, Sonam Kapoor and Radhika Apte in the lead roles. The film is inspired by the life of social activist Arunachalam Muruganantham from Tamil Nadu. Pad Man received the Best Film award for Other Social Issues at the 66th National Films Awards.

Twitter Hashtags Should Be Treated As Political Ads: Expert…