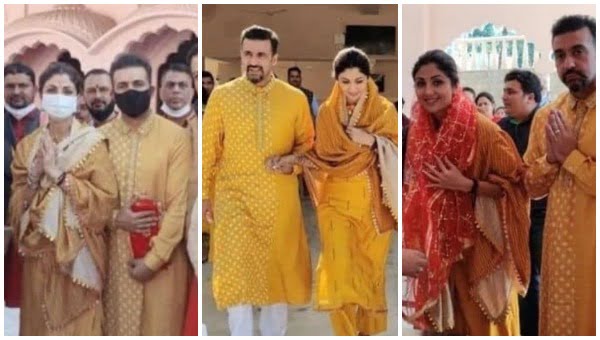 Mumbai: Raj Kundra made his first public appearance with wife Shilpa Shetty after being released on bail in the pornography case in September. They were snapped visiting a temple in Himachal Pradesh.

The couple were twinning in yellow during the temple visit. The family is reportedly on a vacation in Dharamshala.

On November 8, Shilpa took to her Instagram handle to share a few videos from her visit to two temples. In one of her IG stories, the couple posed with the locals while in another, they were seen performing puja at the temple.

Raj Kundra was arrested in July in connection with the production and distribution of pornographic content. He had deleted his social media accounts last month. However, Shilpa continues to be active on Instagram.