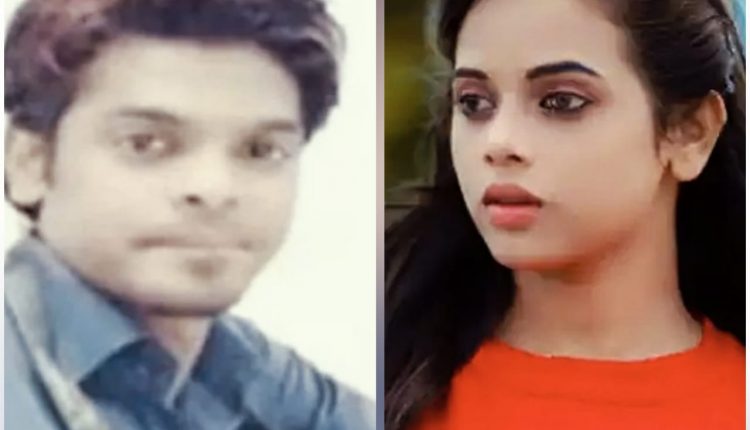 Bhubaneswar: With allegations flying thick and fast, the Commissionerate Police will be interrogating Odia television actress Rashmirekha Ojha’s boyfriend Santosh Patra and ex-boyfriend Raja to elicit more information on their relationship and the reason behind her alleged suicide, sources said on Tuesday.

Notably, actor Raja’s name had popped up after an audio clip of a purported conversation between the actress and Santosh went viral on Monday. The actor’s name was also found tattooed on her hand. “We met a year ago and she tattooed my name on her hand on her birthday,” he told a local channel.

Raja further admitted that they were planning to marry each other. “Her family members expressed their inability to take the discussion forward further citing personal reasons,” the actor said, adding that he and Rashmirekha were not in touch during the last six months.

In the audio clip, Santosh can be heard telling Rashimirekha about Raja having ‘blocked’ him, while she advises him to stay away from him. She also calls Raja a ‘psycho’.

On the other hand, Rashmirekha’s family members have demanded the arrest of Santosh, suspecting his involvement in her suicide.

Her father earlier told the media that Rashmirekha had been staying in Bhubaneswar for the last 4 years and was working in a finance company after she was done with the television serial.“We had received a phone call from Santosh, who worked with her in the finance company, on June 11, informing us that she was bleeding from her eyes. I visited her the following day and asked her to accompany me back home. She refused to come with me but was home the next day. She again left for Bhubaneswar on Raja. We were in touch with her till Friday night. However, our call went unanswered on Saturday and we got a call from Santosh, informing us that Rashmirekha was no more,” he said.

They went to the spot and saw her hanging from a ceiling fan in her rented house in a mysterious condition. “We got to know from the landlord that Rashmirekha and Santosh were living as a married couple, which we were unaware of. Therefore, we suspect Santosh’s involvement in my daughter’s death. He should be arrested and sent to jail,” added the bereaved father.

Rashmirekha’s aunt also told the media about that Santosh had informed them about her having cut the wrist and injuries to her eyes. “He said that they had a fight but refused to divulge any details,” she said.

Santosh also refused to take her to the hospital, saying that he would be in trouble if he did so, she added.

Even the alleged suicide mentions no reason behind the extreme step. “It needs to be been verified if Rashmirekah had written the note,” the father further said.

Bhubaneswar DCP Prateek Singh, however, said that prima facie it appears to be a case of suicide. “We are investigating this from all angles. The landlord informed that she had rented the house two months ago with her male friend. After obtaining the postmortem report, we will decide on the next steps. We are also waiting for the reports of forensic analysis of mobile and laptop,” the DCP clarified.