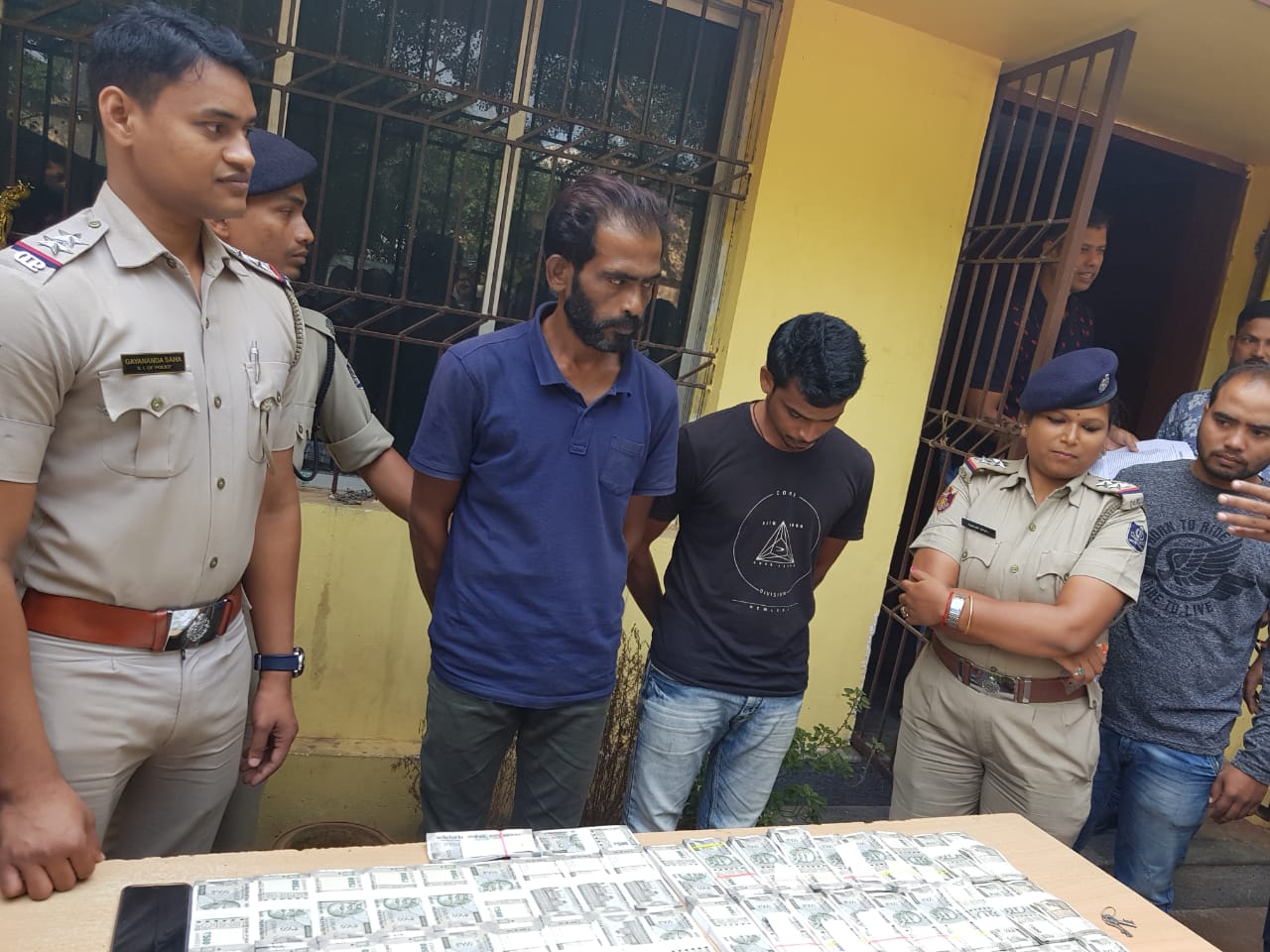 Bhubaneswar: The Commissionerate Police arrested two persons on Tuesday on charges of looting Rs 40 lakh from an ATM cash van. The accused persons have been identified as Ratikant Rout (44) and Ajit Kumar Sen (28). Ratikant is the driver of a cash management agency and Ajit Kumar Sen is his relative. They have been booked under Sections 469 and 407 of the IPC and produced in a local court, which remanded them to judicial custody.

The police also seized duplicate keys of the vehicle’s lock and cash box, cash carier vehicle and three mobile phones. The duo looted the van during transit between SBI main branch and an ATM counter near SUM Hospital.

According to sources, on November 5, a
cash management agency collected cash of Rs 2.58 crore from the main branch of SBI Unit-1for being loaded cash in different ATMs and while they were proceeding to the SUM Hospital ATM, the custodians Gobinda Behera and S. Shiba Dora noticed that they were short of Rs 40 lakh.

The manager of the cash management agency lodged a complaint regarding the matter in Capital police station. The matter is being jointly investigated by the Special Squad.