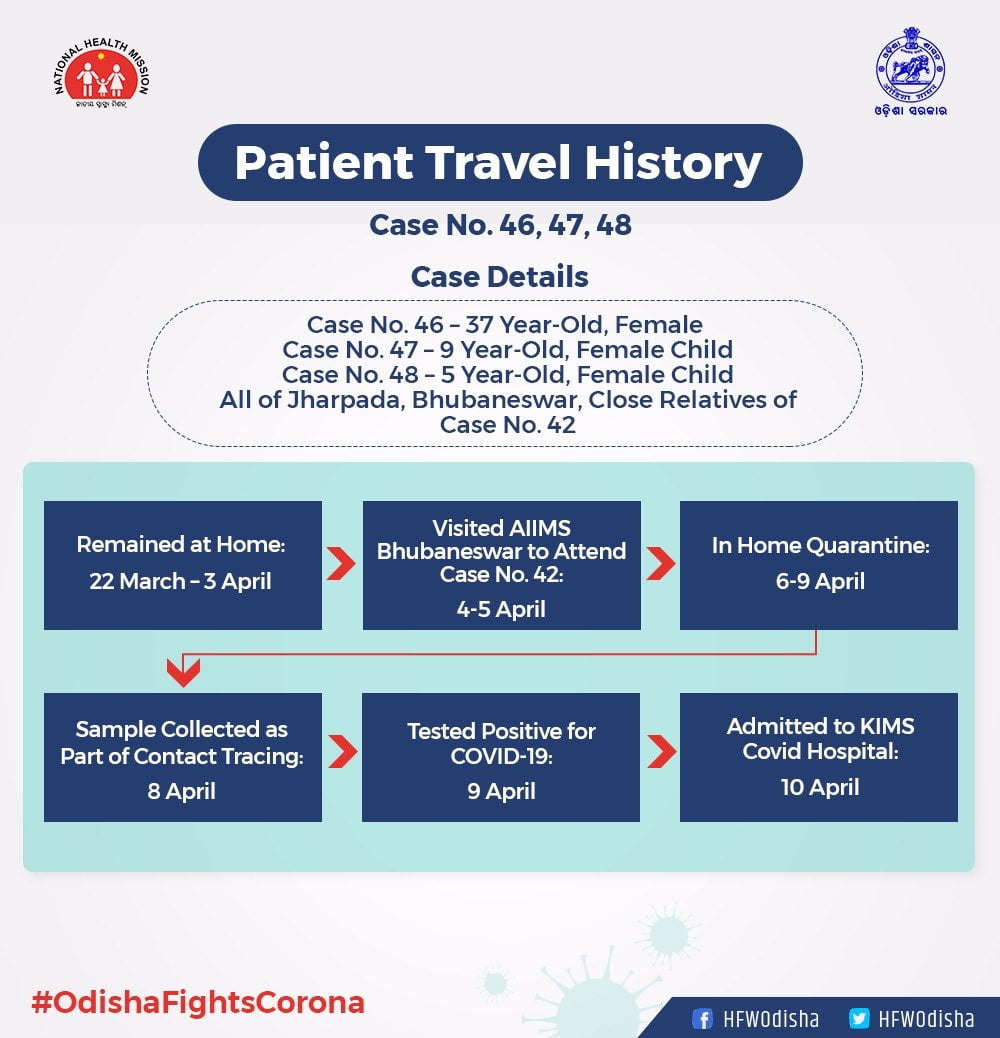 Bhubaneswar: Among the four new positive cases, which the Odisha government disclosed on Thursday night, one belongs to Golamunda in Kalahandi while three others are from Jharpada in Bhubaneswar.

The three from Jharpada, a 37-year-old woman and two girls aged 9 and 5, are close relatives of Patient 42, who died while undergoing treatment at AIIMS-Bhubaneswar on April 6.

They had visited AIIMS on April 4 and 5 and have been in home quarantine since April 6. Their swab samples were sent for tests on April 8 during the contact tracing process and the results were found to be positive the following day. The trio were admitted to KIMS COVID hospital on April 9, the I&PR department tweeted on Friday.

Odisha has so far reported 48 COVID-19 cases with one death and two recoveries.

Six persons had tested positive for the infection on Thursday, which besides these four, included a 51-year-old woman of Dhenkanal and a 69-year-old man of  Medinipur, West Bengal, undergoing treatment in a hospital in Bhubaneswar.

With this, the total number of cases in Bhubaneswar, which has become a potential COVID-19 hotspot, has touched 38.

No Immunization Sessions In Areas With COVID-19 Patients: Odisha Govt