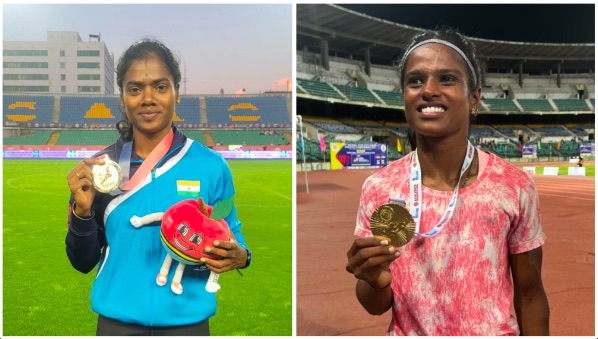 Both Dhanalakshmi and Aishwarya Babu were in India’s 36-member Athletics contingent. Dhanalakshmi was named in the CWG team for 100m and the 4x100m relay team along with Dutee Chand, Hima Das and Srabani Nanda.

“Dhanalakshmi tested positive in a dope test conducted by AIU. She will not go for Birmingham CWG,” a top source privy to the development told PTI on conditions of anonymity. She had recorded a personal best time of 22.89 seconds to win 200m gold at the Qosanov Memorial Athletics Meet on June 26.

The 25-year-old Aishwarya’s dope sample, taken by the NADA officials during the National Inter-State Athletics Championships in Chennai last month, was also found to be positive. She had smashed the triple jump national record with 14.14m to emerge the undisputed star of the National Inter-State Senior Athletics Championships (June 10-14) in Chennai.