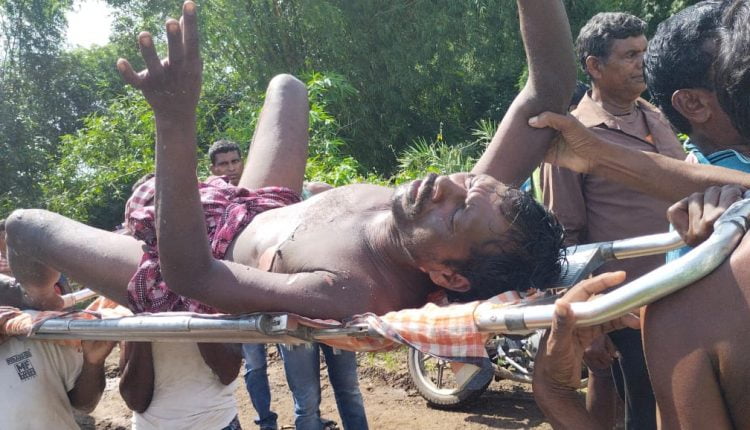 Dhenkanal: In an unusual incident, two persons were critically injured by the fire from a funeral pyre in the district on Friday.

According to sources, Akshay Behera of Batasingh village under Parjang police station died of old age ailments in the morning. Around 20 persons including his relatives and villagers took him to funeral ground for cremation.

After the fire was set to the pyre, one Kalia Behera, who had accompanied the group for cremation, threw a sealed plastic jar containing kerosene into the pyre. Soon after, the jar exploded and Kalia along with another person at the spot were engulfed in the fire.

The people at the cremation ground doused the fire and rushed the two persons to district headquarters hospital. The hospital sources said the condition of the injured persons was critical.

Low Pressure Over BoB To Intensify Into Depression; Extremely Heavy Rainfall Ahead For Odisha