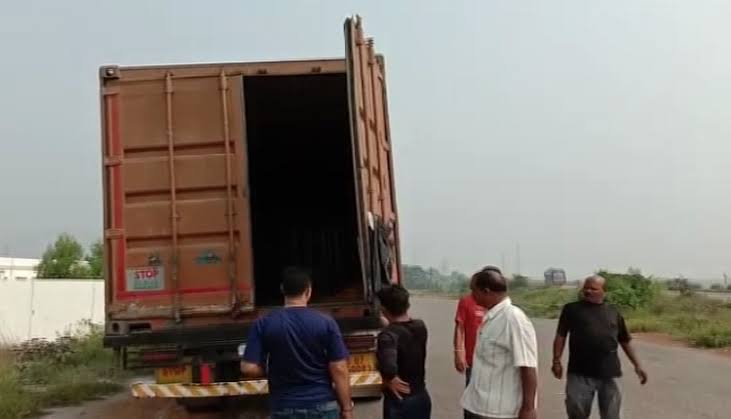 Khurda: A month after the cigarette-laden truck loot near Ugratara Chhak in Odisha’s Khurda district, a special team of the Tangi Police arrested two members of an inter-state dacoit gang in this connection from New Delhi and Indore.

Talking to the mediapersons here on Wednesday, Khurda SP Ajay Pratap Swain said that the police during the investigation found involvement of the two and arrested them after tracing their location in New Delhi and Indore.

“Of a total of 390 cartons of cigarette amounting to Rs 1.47 crore, police have seized 238 cartons and Rs 10 lakh in cash from their possession. The estimated cost of the seized cigarette is Rs 1.2 crore,” the SP added.

The incident took place on the night of November 4 when a cigarette-laden truck, which was on its way to Kolkata from Hyderabad, was intercepted by a gang of dacoits near the Ugratara Chhak near the bypass. The dacoits fled with the vehicle after tying the hands and legs of the driver and dumping him in a forest.

The driver was rescued by some locals the next morning.

Following a complaint by the driver at the Tangi police station, police had begun investigation and recovered the empty truck from Kuhudi near Kainthapalli road in the district.

Couple Booked For Leaving Baby Inside Car In Odisha

Weekly Special Train To Run From Puri To Indore From March…