Two Die Of Suffocation Inside Septic Tank In Odisha’s Kandhamal 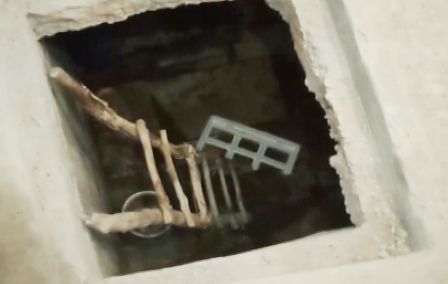 Phulbani: A retired army man and a labourer died of suffocation inside an under-construction septic tank in Kandhamal district on Monday.

The tragic incident was reported from Pitabari village in Phulbani police station area.

The deceased were identified as Sanjay Pradhan, an ex-army man, and Santosh Kanhar, a labourer.

Sources said the district administration had alloted a plot of land to Pradhan on army quota after his retirement. Following this, Pradhan had engaged some workers to construct a house on the land.

On Monday, he had engaged Santosh for plastering the inside of an under-construction septic tank.

Pradhan’s family alerted Fire Service personnel, who rushed to the spot and pulled out the two unconcious men from the pit. They took the two to the district headquarters hospital where the doctors pronounced them as brought dead.

Modern Ayurveda Anyone? The Problem With Getting Stuck In Ancientness