Bhubaneswar: The Odisha government has appointed two senior IAS officers as Officers on Special Duty (OSD) in the state Sports Department for the 2023 Men’s Hockey World Cup, slated for January next year.

While 2007-batch officer Bhupendra Singh Poonia will be in charge of the quadrennial world championship at Rourkela, 2011-batch officer Reghu G has been assigned Bhubaneswar in addition to his duties.

Odisha is hosting the world event for the second time in a row and the matches will be played at Kalinga Stadium in Bhubaneswar and Birsa Munda International Hockey Stadium in Rourkela, from January 13 to 29. 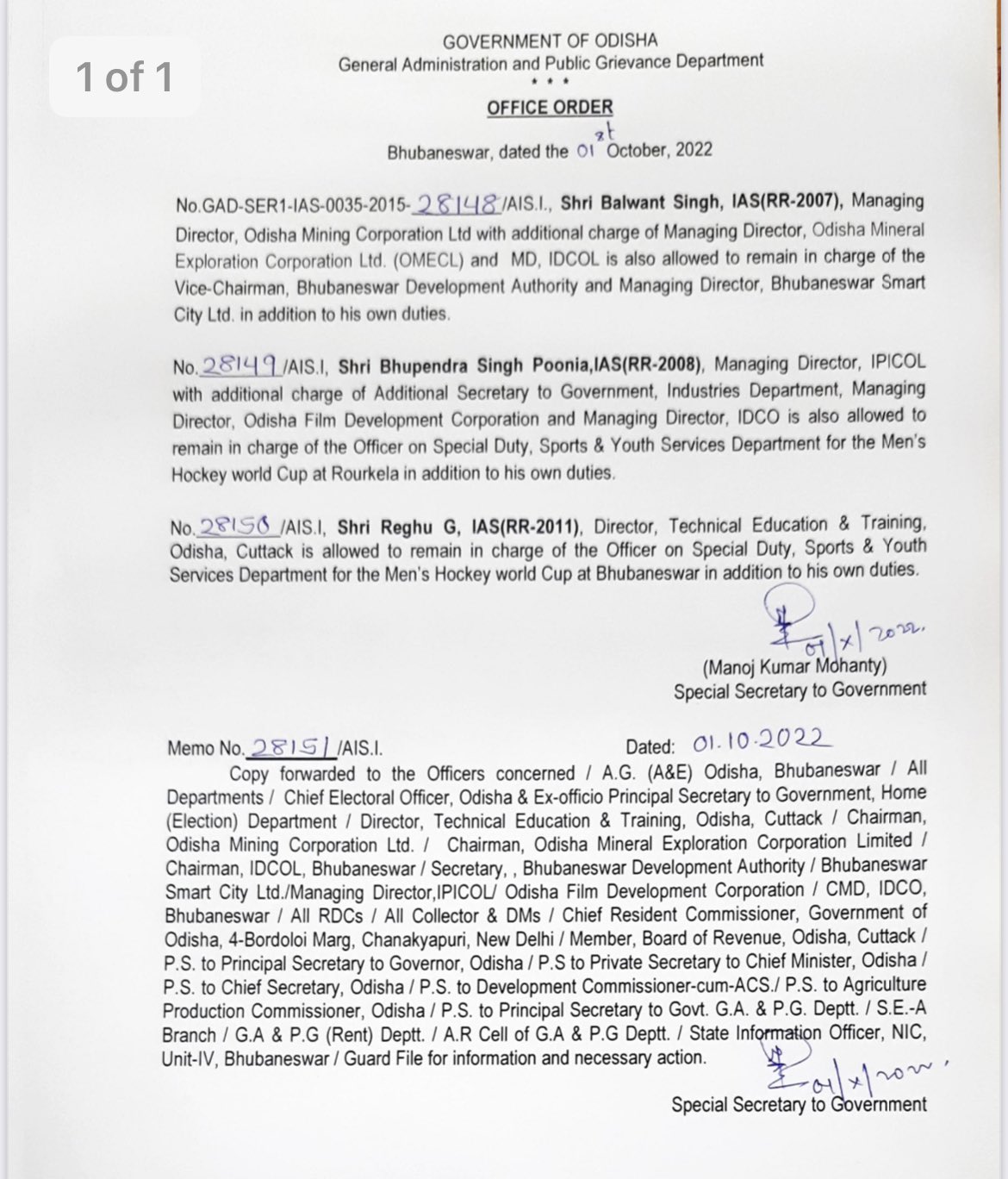