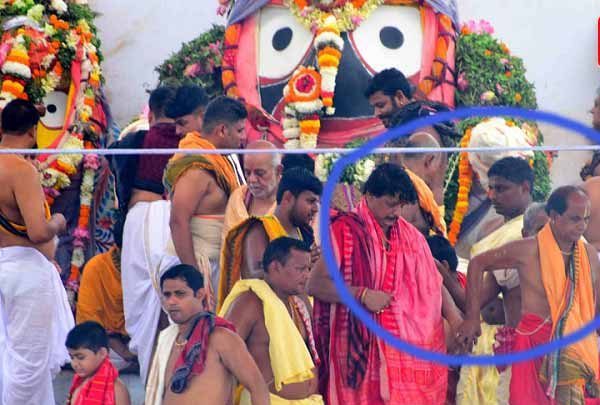 Puri: The Shree Jagannath Temple Administration (SJTA) on Monday suspended two sevayats for alleged violation of rules during Snana Purnima rituals of the sibling deities in Puri on June 17.

Somnath Khuntia and Rajaram Khuntia have been placed under suspension and barred from performing any duty in the temple. The decision was taken on the basis of CCTV footage, in which they were seen escorting local MLA Jayant Sarangi to the Snana Mandap at around 11 am, the notification said.

It may be mentioned here that entry of devotees into the Snana Mandap is strictly prohibited during the rituals.

The SJTA had earlier served show cause notices on some servitors and had asked the Puri MLA to justify his action.

He further said that he will reply to the show cause notice very soon.