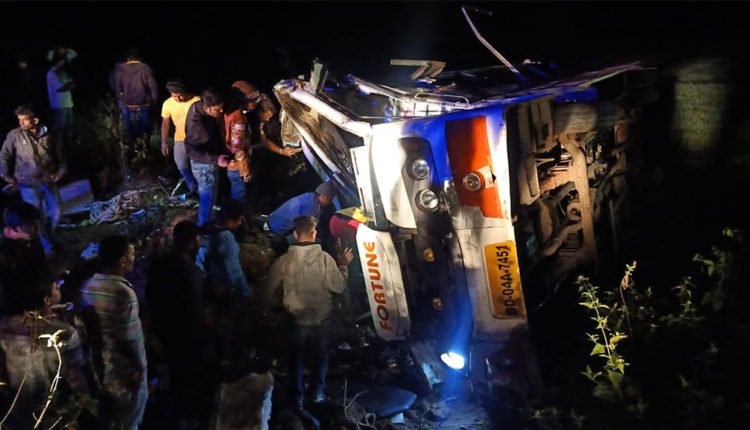 Bissamkatak: Two persons died after a ‘speeding’ bus overturned at Hajaridanga in Odisha’s Rayagada district around 10.30 pm on Monday.

According to sources, over 30 passengers were travelling in the bus, which was en route Cuttack from Laxmipur in Koraput district.

Among those killed is the driver of the bus. Some passengers are also feared trapped under the bus.

Those rescued have been admitted to Bissamkatak Christian Hospital.

The SDPO and IIC have reached the spot to oversee the ongoing rescue operation, sources added.

(This is a developing story)

Sonia Chose Manmohan Singh As He Posed No Threat To Rahul: Barack Obama