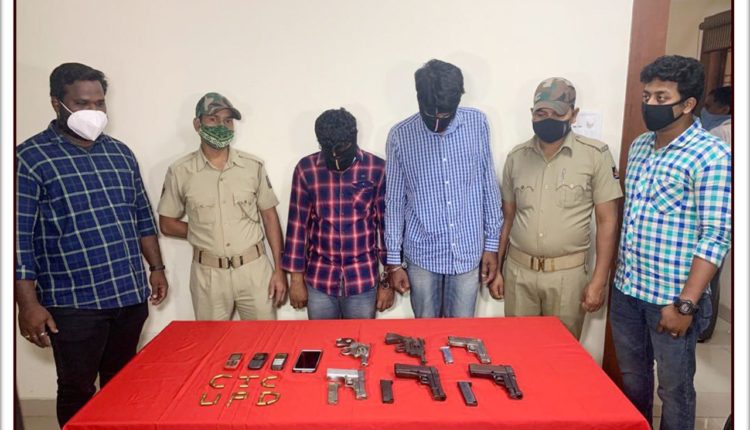 The arrested are Dipuna alias Ajit Rai of Biridi in jagatsinghur and Pappu alias Ajay Maharana of Ganjam districts.

Informing media about the arrests Police Commissioner Soumendra Priyadarshi said six firearms (4 pistols and 2 revolvers) and 32 live ammunition have been recovered from the two arrested. A car has also been seized from them.

On a tip-off, Chauliaganj police carried out the raid on Saturday night and was successful in nabbing the two gun runners, Priyadarshi said.

Both the arrested are veteran criminals and were involved several organised crimes for the last 10 years, he added.

Dipuna was wanted in 10 cases of organised crime in Cuttack Rural and Jajpur while Pappu was wanted in 11 cases registered in Dhenkanal, Jajpur, Cuttack ad Khurda districts, said the Police Commissioner.

They have been booked under the Arms Act and forwarded to the court.