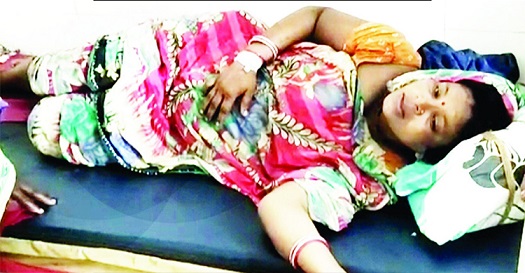 Bhadrak: Two newborn babies died at a government hospital at Chandbali in Odisha’s Bhadrak district, after which the family members alleged that the death was caused due to medical negligence.

The health condition of the woman who gave birth to a twin was stated to be stable, while the babies could not be saved. The woman was identified as Mani Das of Jagannathpur village under Chandbali block of the district

Her husband Basant Das rushed her to the hospital after she encountered intense labour pain. Post her admission in Gynecology ward, the nurses had to handle the delivery as there was no doctor at the hospital, family members claimed.

While a dead baby boy was delivered, the woman was in severe pain, but no doctor was in sight. After repeated requests, when the doctor arrived after three hours, another baby was delivered. However, the baby breathed his last after a few minutes.

Angry over the incident, the family members alleged negligence on the part of the hospital and demanded stringent action against the doctor.  The doctor, against whom charges of negligence have been levelled, was not available for comment.

Additional District Medical Officer Santosh Kumar Prusty said  the death of the babies might have been caused due to low weight. Stating that the incident would be investigated, he said action will be taken if any lapse is found.

Rain To Continue In Odisha For Next 5 Days; Khurda, Puri & Cuttack On Yellow Alert