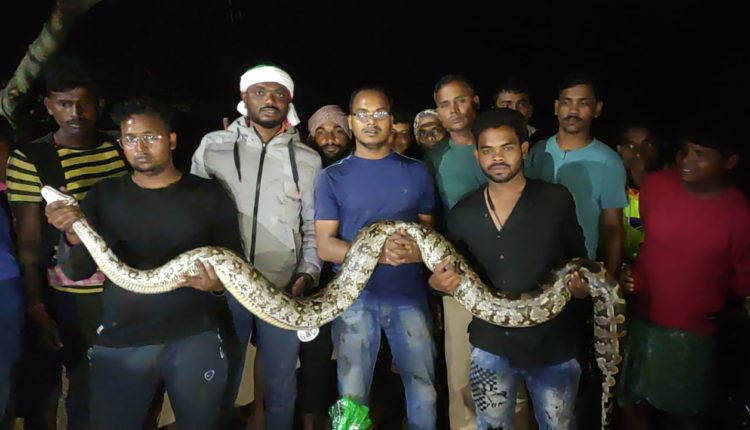 According to reports, a JCB machine was engaged in digging for a beautification project of a water reservoir at Paligumula village when two pythons suddenly came out from a Hume pipe nearby.

The JCB driver quickly put a bucket on one of the snakes that was around 7-foot-long. However, the other python, which was around 11 feet in length, entered the bonnet of the JCB machine.

Soon, some locals rushed to the spot and tried unsuccessfully to bring out the python. Later, Snake Helpline volunteer Swadhin Kumar Sahu reached the spot along with two associates and put the smaller python inside a sack.

The Snake Helpline members then brought out the bigger python from the bonnet after three hours. The two pythons were later released in a nearby forest in the presence of forest officials.

Founder of Snake Helpline Subhendu Mallik said the two pythons had probably taken shelter inside the Hume pipethat to escape the prevailing cold.