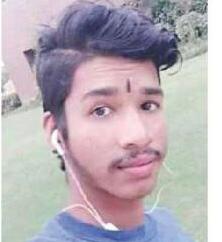 Nayagarh: A youth allegedly committed suicide after losing in an online game in Nayagarh district.

The deceased was identified as Manoranjan Shadhangi (19), a resident of Patharapunji village in Ranpur block.

According to reports, Manoranjan was a student of an ITI college at Talabania in Puri. But due to the lockdown, he had been staying at his home for the past 10 months.

During this time, he became addicted to an online game, Free-Fire. He went into depression as he had been losing to other players of the game for the past few days.

Following this, Manoranjan had attempted suicide by consuming poison in a nearby jungle on Friday evening. When he suffered severe pain in his stomach and chest, he returned home.

He, however, succumbed during treatment on Sunday night.

Following the youth’s death, locals have demanded the online game to be banned.