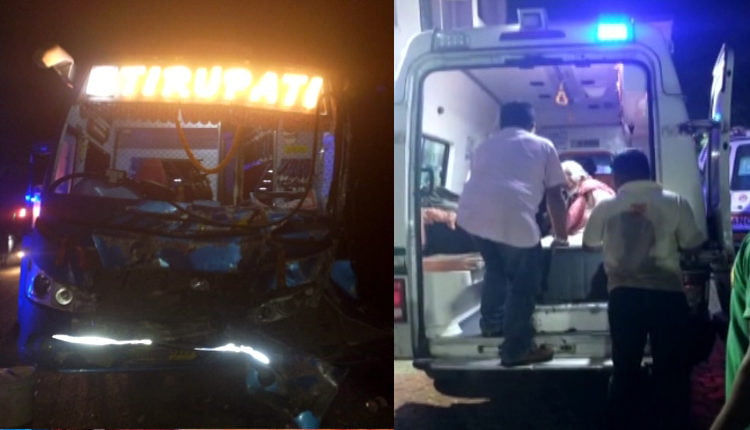 The head-on collision between a bus carrying 10 passengers and a truck on the National Highway No. 57 close to Khajuripada in the district left all 10 badly injured.

Among the injured persons, three are in critical conditions. All of them have been admitted to the Boudh District Headquarters Hospital.

Sources said that the accident took place near Khajuripada when the private Bus named Tirupati was on its way to Bhawanipatna from Bhubaneswar.

Cops reached the spot immediately to investigate the cause of the accident after ensuring that the injured ones are shifted for treatment.

In another road mishap, eight passengers sustained serious injuries when vehicle they were travelling in collided with a truck at Badajhinki along the Bolangir-Sonepur Road.

All the injured persons were taken to Sonepur medical. Later, two of them were shifted to Burla after their conditions deteriorated.

According to sources, a marriage party from Harinapali village was returning from Patnagarh when a paddy-laden truck collided with it at Badajhinki.

Police rushed to the spot and started a probe into the matter.

ALSO READ: Most Of 504 Deaths In Road Mishaps For Rash Driving In 2 Years In Odisha’s…