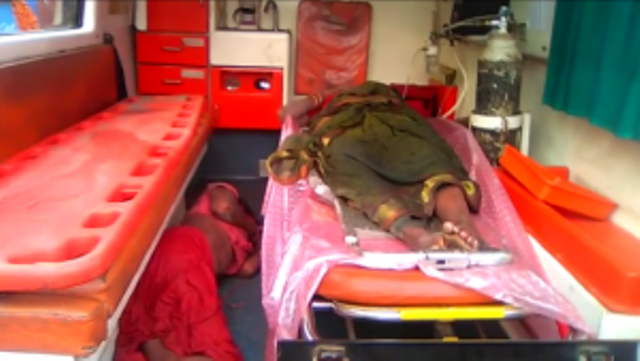 Angul: Two sisters died of asphyxiation after a fire broke out in their house at Bantala Bazaar in Angul district on Thursday.
They were identified as Ujjwala Gana (40) and Bimala Gaana (45).
On being informed, fire personnel rushed to the spot and doused the flames. Properties worth lakhs of rupees were gutted in the fire.
Though the actual cause of the fire is yet to be ascertained, local residents suspect that clothes kept in the house caught fire from a kerosene lamp and the blaze later engulfed the entire house.