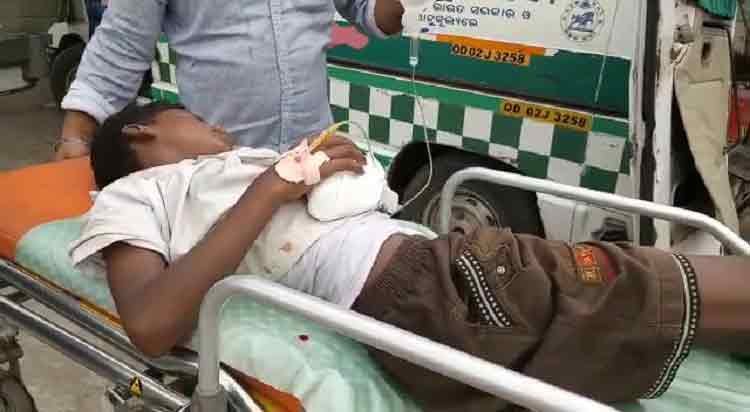 Aska: Two students were injured in a crude bomb blast in an upper primary school at Magura village in Ganjam district’s Aska block on Saturday morning.

According to reports, a student found a bundle of copper inside a glass bottle lying on the school ground. As he picked up the bottle, it suddenly went off. As a result, his left hand was badly injured. Another student standing close to him sustained multiple injuries on his face.

As news spread, the villagers rushed to the school and took the two injured students Raja Nayak and Chandan Swain to the community health centre in Aska. They were later shifted to MKCG Medical College and Hospital in Berhampur.

Following information, the Aska Police IIC, Sadar SDPO, a scientific team and the local tehsildar rushed to the school for an on-the-spot investigation.

Following the incident, School and Mass Education minister Samir Dash has ordered a departmental probe and directed the District Education Officer (DEO)to submit the probe report within a week.

Such unfortunate incidents have occurred as most of the schools have no boundary walls. Necessary steps will be taken in this regard very soon,” the minister told the media in Bhubaneswar.