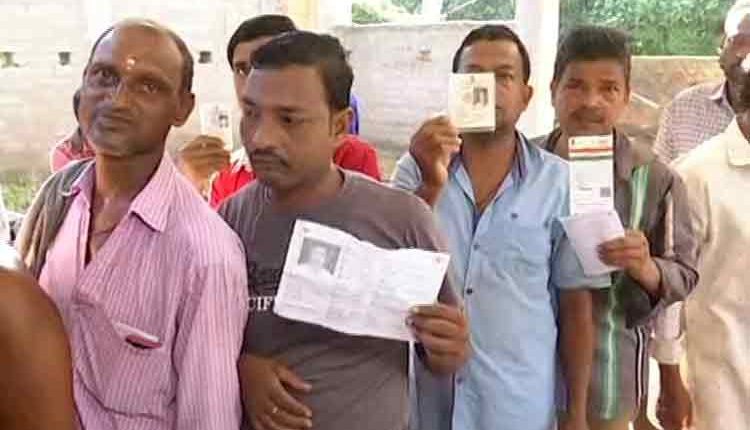 Kendrapara: Polling began for the Patkura Assembly in Odisha’s Kendrapara district on Saturday morning. The polling began at 7 am and will end at 6 pm.

The Chief Electoral Officer’s (CEO) office informed that 67 per cent polling was recorded by 5 pm.

Meanwhile, polling was temporarily suspended at booth no-307 at Kinilo following a face-off between polling agents and the presiding officer over the issue of voting slip.

A total of 2,44,747 voters—1,27,431 males, 11,7306 females and 10 transgenders—will exercise their franchise to decide the fate of 10 candidates, including Bijoy Mahapatra of BJP, Sabitri Agarwalla of BJD and Jayant Mohanty of Congress.

Elaborate security arrangements have been made for the smooth conduct of the polls. Four companies of Central Armed Police Force (CAPF) have been deployed. Besides, police are patrolling all the booths at regular intervals to maintain law and order.

Out of the 309 booths, extra security arrangements have been made at 138 critical booths to ward off any untoward incident.