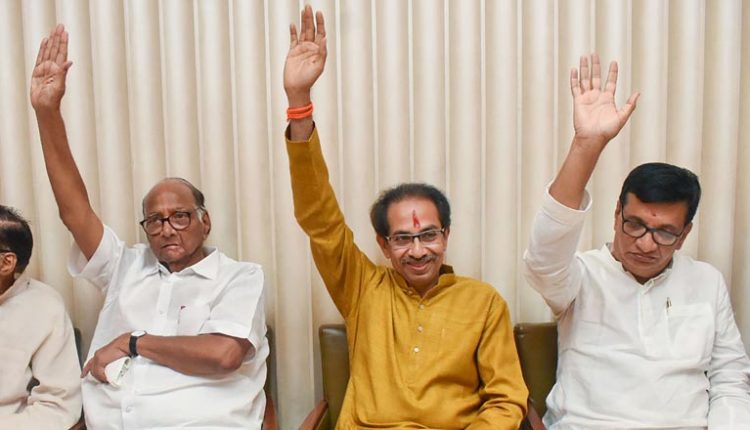 Mumbai: The Shiv Sena-NCP-Congress government in Maharashtra, led by Uddhav Thackeray, sailed through the trust vote in the Maharashtra Assembly on Saturday.

The floor test began with high drama as BJP members, led by Devendra Fadnavis, walked out just before voting. The BJP walkout was in protest against the selection of NCP’s Dilip Walse Patil as temporary Speaker. Patil had replaced BJP’s Kalidas Kolambkar as pro-tem Speaker and a permanent Speaker will be elected on Sunday.

“Never in the history of Maharashtra Assembly, a trust vote was conducted without electing a Speaker. What was the fear this time,” Fadnavis said, moments before BJP staged the walkout.

The alliance won with 169 votes, well above the half-way mark of 145 in the 288-member Assembly. The three parties together have 154 MLAs. Some Independents and others like Bahujan Vikas Aghadi too backed the Uddhav Thackeray-led alliance.

The trust vote came after over a month of intense power struggle that saw allies parting ways and bitter rivals coming together to form an alliance.

Make In Odisha Conclave From Nov 30 Next Year