Ultimate Kho Kho: Odisha Juggernauts Vying For This Glittering Trophy With 3 Other Teams 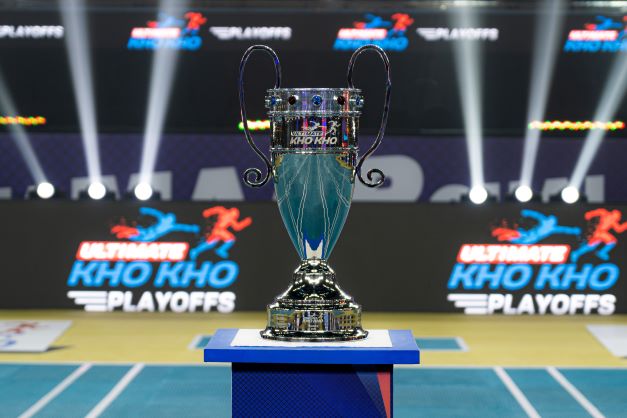 Pune: The stakes are high for the four teams which have qualified for the playoffs in the inaugural Ultimate Kho Kho League.

Gujarat Giants, Odisha Juggernauts, Telugu Yoddhas and Chennai Quick Guns – the top four teams in the double round-robin league stage – will not only be eyeing a fat winner’s purse of Rs 1 crore, they will also be vying to lift a glittering trophy.

India’s first-ever franchise-based kho kho league — promoted by Amit Burman in collaboration with Kho Kho Federation of India – released an image of the champions’ trophy ahead of the start of playoffs on Friday.

Table-toppers Gujarat Giants will face second-placed Odisha Juggernauts in Qualifier 1, after the No. 3 and 4 teams Telugu Yoddhas and Chennai Quick Guns face off in the Eliminator on Friday evening at Shree Shiv Chhatrapati Sports Complex.

The winner of Qualifier 1 will progress straight Sunday’s title round, while the loser will get a second chance – against the winner of the Eliminator.

STA Suspends DL of 12,545 Two-Wheeler Riders For Not Wearing Helmets Across Odisha