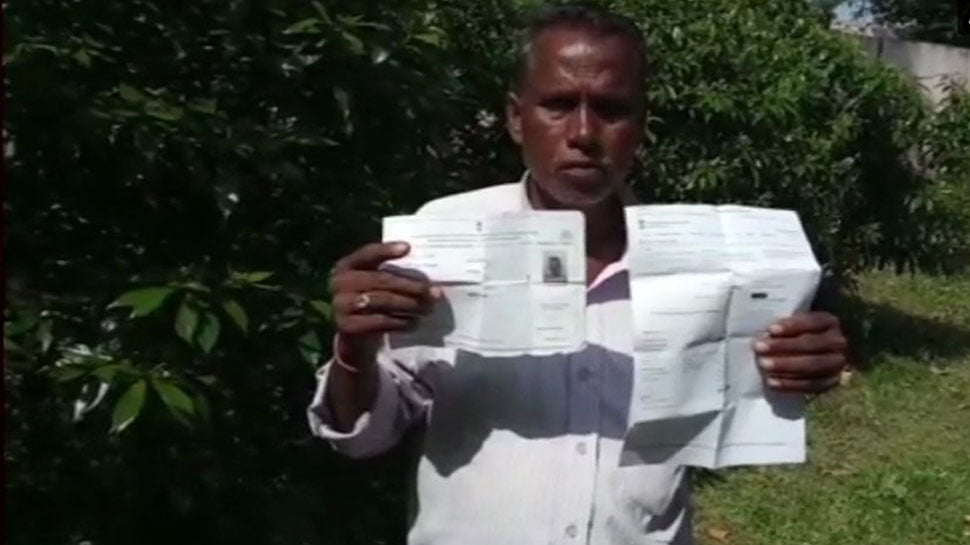 Baripada: An electrical employee has threatened to end his life after he was unable to withdraw his Employee Provident Fund (EPF).

Santosh, who has been working as an employee of the General Electrical Department in Baripada of Mayurbhanj district, alleged that he is unable to withdraw his EPF owing to a glitch in his Aadhaar Card.

Jena said, “My date of birth on the unique identification card mismatches with the one mentioned on my birth certificate. As a result, I cannot access the EPF amount deposited in my bank account.”

“My family members and I are going through a huge financial crisis since long. Neither the district administration nor the state government is extending a helping hand. I will be forced to commit suicide, if the situation prevails,” he added.

Reacting to Jena’s plight, Human Rights Advocate, Satyabrata Mohanty said, “It is unfortunate that people are forced to furnish Aadhaar Card for obtaining their own money despite the fact that many persons in urban areas and rural pockets still don’t have an accurate or correct Aadhaar Card.”