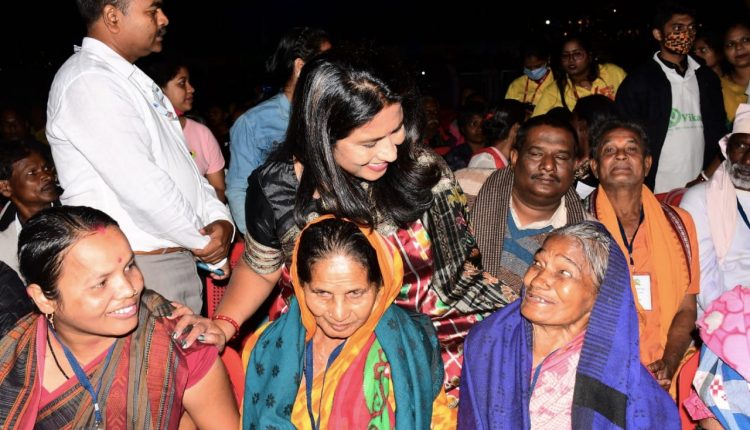 Bhubaneswar: People from underprivileged sections, including beggars, got an opportunity to watch and enjoy the Bhubaneswar Live show at DoT Fest.

As part of efforts to promote inclusiveness in celebration of the carnival during the ongoing Hockey World Cup, the Bhubaneswar Development Authority (BDA) and Bhubaneswar Municipal Corporation (BMC) made arrangements for them.

Sources said members from transgender communities, beggars and people staying in shelter for urban homeless (SUH) enjoyed the musical night at the Exhibition ground on Monday.

Several members from the transgender community and around 100 beneficiaries from three beggar rehabilitation centres and one SUH were given free passes and taken to the venue to enjoy the fusion fiesta of Siddharth Mahadevan, Shivam Mahadevan and Shrinidi Ghatate on the day nine of Bhubaneswar Live.

Sources said BDA and BMC had earlier facilitated slum dwellers and residents of all 67 wards of the state capital to watch the DoT FEST that has emerged as one of the biggest cultural events in the city during the Hockey World Cup.

Since the beginning of the festival, the authorities have been promoting inclusiveness and equitable representation from all walks of life in celebration of the fest and the mega international sporting event, said an official.