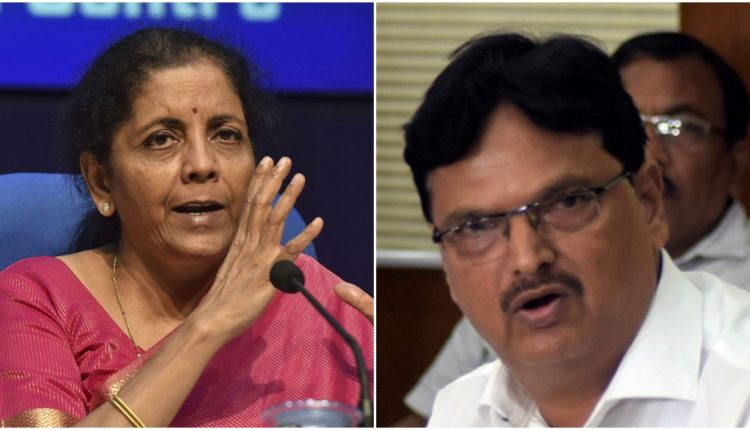 Bhubaneswar: The Odisha government has sought adequate fund provisions for the railway, telecom and highway sectors in the state in the Union Budget for the 2021-22 fiscal year.

The state government proposed this during a pre-Budget consultation meeting chaired by Union Finance Minister Nirmala Sitharaman through video videoconferencing on Monday.

Here is the list of demands made by Odisha Finance Minister Niranjan Pujari:

The Odisha government has demanded an allocation of at least Rs 5,650 crore in the Budget to strengthen the telecom sector in the state.

Though no specific amount was mentioned, the Odisha government also demanded sufficient fund provision for the development and maintenance of National Highways in the state.

The state government demanded the opening of more banks in the state to enhance financial inclusion of people. Odisha also asked the Centre to expedite pipe water facilities to all households in the state.

The present fund sharing between the Centre and state government for most centrally-sponsored schemes (CSS) is 60:40. However, the Odisha government reiterated its demand to make the CSS fund sharing pattern for Odisha at par with the North-Eastern and Himalayan states. These states share only 10 per cent funds under CSS while centre bears the remaining 90 per cent.

Pujari also demanded that the states be allowed to operate the CSS directly instead of opening separate scheme-based bank accounts.

He also requested for advance indication on central assistance under CSS so that state will shape its budget accordingly and also to stop off budget transfers under CSS.

The Odisha government also demanded the gradual elimination of cess and surcharge on customs duty and direct taxes as these amounts go to the central pool.

Pujari also urged his Union counterpart to address issues like amendment in tariff policy to terminate very old power purchase agreements, amendment to Electricity Act, 2003 to allow all hydro projects under renewable purchase obligations and to enable distribution companies and bulk power procurers to participate in tenders for procurement of bundled power for reduction in power purchase cost.

Also Read: Union Budget To Be Presented On February 1